DETECTIVES are urging pensioners to be on their guard for doorstep callers after “cowardly” conmen stole an engagement ring from an elderly woman.

The men, believed to be in their 30s, called at the 94-year-old’s house saying they were from the water board. 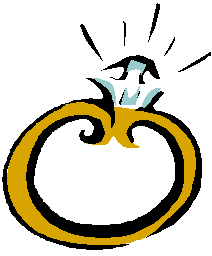 The pensioner let them in, and after searching every room they left with a number of items of jewelry and the woman’s engagement ring.

The woman was able to give police descriptions of the men, which police hope will be recognized by members of the public.

“They told her they were from the water board, and that there was a problem with the pressure in the street,” said Det Con Claire Beach from Northwich Police.

“They asked if they could come inside and check her water pressure.”

“This was a cowardly crime where the perpetrators preyed on a vulnerable individual, and we are appealing for any witnesses who may have seen males in the area on this day fitting the descriptions,” said DC Beach.

There should be more of an effort to warn the vulnerable elderly
against scammers.

It happened to my Grandma, her first nite in the facility. She was visited by 3 women and the next day she had bruises all over her hand, especially her ring finger. Her wedding ring was gone.