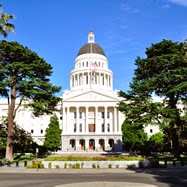 Background
California has the largest population of residents over age 65 in the U.S., according to HealthyCal. Further, about one in five Californians by 2030 is expected to be age 65 or older.

The state Assembly has a committee dedicated to aging and long-term care issues, but a similar Senate committee was disbanded in 2012.

Details of the Committee:
The new Senate committee will be chaired by Sen. Carol Liu (D-Glendale), who pushed to create the panel.

Liu said her goals for the committee include:
Streamlining California's long-term care systems;
Educating the public about issues related to the state's aging services; and
Creating programs to address California's diverse aging population.

A joint hearing of the new committee and the Assembly's Aging and Long-Term Care Committee will be held on Aug. 12.

Let's hope this actually does something to safeguard our elders and disabled in Long-Term Care.

It appears to be a good step!