A Quincy nursing home staff member facing charges after authorities say he hit a resident has now made a plea. 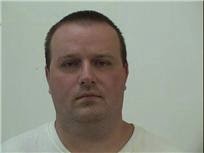 Nicholas Orrill, 27, pleaded not guilty to a charge of aggravated battery to a disabled person in Adams County court Tuesday.

Quincy police responded to an undisclosed nursing home June 28 after receiving word that a staff member had possibly hurt a resident.

Officers say Orrill hit a disabled resident in the face causing injuries to his head.

The victim was treated and released from the hospital.

Officials say Orrill was terminated after the incident.

His trial is set for October 14.