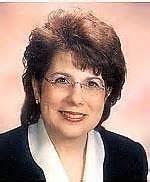 Erie County Judge Stephanie Domitrovich is gearing up to fight not only the state Judicial Conduct Board's ethics charges against her, but also the board's request that she be suspended from the bench while the case is pending.

Neither matter, it appears, will be resolved anytime soon.
One of Domitrovich's lawyers, Leonard Ambrose, filed a request Thursday in the Court of Judicial Discipline in Harrisburg seeking more time to respond to the suspension request and the allegations against Domitrovich.
Ambrose said he needed an additional 10 days to respond to the suspension petition and another 30 days to file a pretrial motion in response to the complaint. He said he needed the time because of other court commitments and vacations.

He also said Domitrovich's legal team "is presently conducting an investigation into the allegations in the complaint." He has said the complaint is without merit.

The state Judicial Conduct Board's complaint, filed on July 7, accuses Domitrovich of bullying, demeaning and violating the rights of people who have come before her in court, mismanaging a former employee and providing misleading information to those investigating the ethics claims against her.

It said Domitrovich must be suspended while the case is pending to protect the public's trust in the courts.

A bullying judge! Just what we don't need in our courts.

At more cost to the taxpayers.