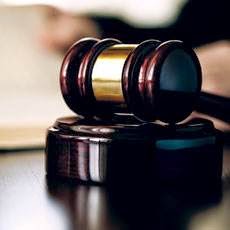 A Massachusetts jury has awarded $14 million to the family of a nursing home resident who died due to a pressure ulcer, dehydration and other conditions linked to negligent care, according to local news reports.

The majority of the award — $12.5 million — is for punitive damages. Superior Court Judge Peter B. Krupp told the jury that punitive damages could be awarded to send a message to the nursing home industry as a whole, the Boston Globe reported Thursday.

Krupp's jury instruction is a point of contention in a forthcoming appeal, defense attorney Lawrence Kenney told the Globe.

Kenney represented Radius HealthCare Center, a nursing home in the town of Danvers, the newspaper stated. Radius resident Genevieve Calandro's multiple health problems — which also included uncontrolled diabetes and a urinary tract infection that had invaded her bloodstream — were discovered after the 90-year-old fell out of a wheelchair and was hospitalized in July 2008. She died the next month.

Radius, which now has closed, admitted Calandro received substandard care but denied this resulted in her death.

You can't just blame the facility without asking: what is our government doing to protect its citizens?

Exactly, Thelma. How many complaints did the government regulators ignore or sweep under the rug before this came to light in the media?

How many Adult Protective Services social workers and hospital discharge planners continued to dump victims there even after this problem came to light in the media?

How many unethical attorneys and corrupt guardians ad litem had a good laugh over the fact that this 90 year old victim and others were elderly, as if that somehow licenses their mistreatment, neglect, and abuse, because these victims are "going to die anyway?"

All of these people should be shaking in their very expensive shoes right now. YOU are next, counselors!