The children of a patient in a nursing home in Sugar Land, Texas, have sued the facility, alleging that they can't visit their mother there because they have been banned over their social media posts.

The plaintiffs say Silverado Senior Living had no valid reason for the ban, which was imposed in a letter sent by the nursing home's lawyer, reports the Southeast Texas Record. They say the ban prohibits them from visiting unless and until they remove postings that depict their mom or other residents. 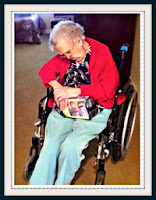 However, the nursing home describes the postings as “exploitive and invasive materials which also violate the privacy rights of other Silverado residents," says the plaintiffs' civil rights suit (PDF), which was filed in federal court in Houston on July 29.

State-court filings show that the three plaintiffs in the federal case have been involved in a Harris County probate court battle with two other siblings who have been overseeing their mother's care and finances under the authority granted by a power of attorney. The three plaintiffs question the validity of that power of attorney and take issue with the way their two siblings have been handling their mother's affairs.

In the federal complaint, the plaintiffs note that the nursing home's attorney also called for them to refrain from any further social media postings until the state-court litigation is resolved.

The federal suit alleges the Silverado defendants violated the plaintiffs' constitutional rights by retaliating against them for activities by their attorney that are protected by the Americans with Disabilities Act.

Although the nursing home is described in the complaint as a corporation rather than a government entity, the suit alleges that the plaintiffs' First, Fifth and Fourteenth Amendment rights were violated by the social-media ban and their resultant fear of arrest should they attempt to visit their mother. It seeks compensatory and punitive damages and attorney's fees.

How to get sucked into a guardianship where everyone but the court-appointed fiduciaries lose: (1) Sibling rivalry; (2) APS Complaint; or (3) File a petition for guardianship. All bad business!

Unless you are going to repeal the First Amendment, and revoke the internet, nursing facilities had better get used to the bad publicity.

Of course, one option would be to straighten up, but that won't happen, now, will it?

Nobody wins these cases except the lawyers.

Harris County is so corrupt along with Silverado, Ginger Lott and David DExel along with Louis Ditta are campaigners to the probate judges reelection and the judges turn their heads the other way while the attorney- guardian destroy the elderly by abuse, neglect and exploiting the estate. then finally Hospice. Listen to Willie Jo being killed by Ginger Lott and Dr. Guerrinni at Emeritus in King wood. This all started at Silverado Senior Living KIngwood https://www.youtube.com/watch?v=Y8G3xIYIvoQ