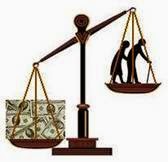 If the city of Harpersville, Ala., intends to jail an individual for failing to pay a fine, it will first have to persuade Shelby County Judge Hub Harrington of the necessity.

Ruling last Wednesday in a suit claiming constitutional violations, Harrington said the Harpersville Municipal Court and a private probation company appear to be running “a judicially sanctioned extortion racket.” The Birmingham News has a story.

Depositions indicate that criminal defendants appearing in the Harpersville Municipal Court “have been subjected to repeated and ongoing violations of almost every safeguard afforded by the United States Constitution, the laws of the State of Alabama, and the Rules of Criminal Procedure,” Harrington wrote in an order (PDF) issued Wednesday.

Harrington temporarily enjoined the city from incarcerating individuals on probation or in post-conviction proceedings unless it first holds a hearing and then obtains his permission. He also said individuals who are convicted must have at least 30 days to pay fines and court costs without being assessed additional fines.

Harrington said the constitutional violations are “so numerous as to defy a detailed chronicling in this short space.” He listed “the most egregious abuses,” however.

Defendants are placed on probation with the company, he said, when they are unable to pay the entire amount of assessed fines and court costs on the day of trial. Defendants are jailed, without adjudication, for failure to pay fines or appear in court. Because of the failure to appear or pay, there is a new criminal charge for contempt of court with incarceration and additional fines, again without adjudication. In some cases, fines and fees amounts to “thousands upon thousands of dollars.”

Harrington wrote that he came to his conclusions while reviewing depositions. “When viewed in a light most favorable to defendants, their testimony concerning the city’s court system could reasonably be characterized as the operation of a debtors prison,” he wrote. “The court notes that these generally fell into disfavor by the early 1800s, though the practice appears to have remained commonplace in Harpersville. From a fair reading of the defendants’ testimony one might ascertain that a more apt description of the Harpersville Municipal Court practices is that of a judicially sanctioned extortion racket. Most distressing is that these abuses have been perpetrated by what is supposed to be a court of law. Disgraceful.”

It happens in many courtrooms. Good to see a judge stand up and stay it.