Secrets To Helping Your Brain Repair Itself 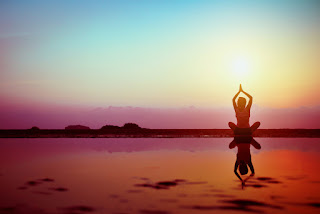 True or false? “By the time you reach 18 or 20 your brain is fully grown and fixed for life. It’s all downhill after that.”

For 400 years this was what “experts” believed. But it’s a view that wasn’t just wrong, it was “spectacularly wrong,” according to Dr. Norman Doidge, psychiatrist and author of The Brain That Changes Itself.

Here’s the real scoop – and it can change your life if you take advantage of the new discoveries. . .

Because doctors believed the brain can’t repair itself or grow new parts, treatment for many brain conditions was considered unjustified or not even possible.

Since early in the new millennium this perspective has completely changed. The new science of neuroplasticity demonstrates that the brain can, with the right stimuli, adapt, repair itself and restore lost function. (In this context, “plastic” means “capable of being formed or molded.”)

The fact that the stuff between your ears can grow and change means that many learning and health deficits associated with the brain are no longer considered irreversible. They can be improved and sometimes cured.

The ideal interventions to heal the brain don’t involve surgery or drugs. They are natural and non-invasive, mainly different forms of energy such as sound, vibration, light, electricity and motion.
You can use these avenues into your brain to awaken its healing capabilities by modifying patterns of electrical signals. These in turn promote structural changes.

By taking advantage of these therapies. . .

Eastern Medicine Has Long Known What The West is Now Discovering

Brain circuits that have become idle can be stimulated and stirred back into life with these “energy medicine” techniques. When combined with mental awareness and training, the results are even better.

This combination of energy and thought is central to Eastern traditions of healing. It encompasses activities such as yoga, tai chi, meditation and visualization.

Long dismissed by Western medicine, scientists engaged in neuroplasticity research now appreciate the wisdom of these traditions and the belief that the mind can alter the brain.

Apart from taking up these activities, there are some very simple things you can do to preserve brain functioning and increase the number of neurons and the connections among them.

As we’ve often noted in these pages, one of the best things you can do is take up a new pursuit.

Dr. Doidge explains, “Anything that involves unvaried repetition – our careers, cultural activities, skills repeated, and neuroses – can lead to rigidity.”

The flexibility of thinking and acting in new ways can grow the brain.

The Brain Power That Comes From Walking

Walking is another simple way to improve the health of your brain.

Walking was the key component of a 30-year study that included 2,235 men aged 45 – 59. (The other components were eating at least three servings of fruit and vegetables a day, maintaining a normal weight, keeping alcohol intake low and not smoking).

Those who walked two miles a day (or cycled ten miles a day) reaped the benefit of a 60% reduced risk of both cognitive impairment and dementia.

Walking has also been shown to enlarge the hippocampus, the brain structure that turns short term memories into long term memories. And cognitive functioning was shown to improve with 2½ hours of aerobic exercise a week.

The power of walking is most strikingly demonstrated by John Pepper from South Africa.

Diagnosed with Parkinson’s disease more than 20 years ago, he has reversed all major symptoms by walking 15 miles a week. That, combined with a type of mental concentration technique, allows him to live a full life with none of the classic symptoms of the disease.

The brain is not a machine. It does not inevitably wear out with age. You can increase the neuroplasticity of your brain and be mentally sharp throughout life. All it takes is a little effort.

Full Article & Source:
Secrets To Helping Your Brain Repair Itself
Posted by NASGA

We all need this!