In the final installment of the Reading Eagle's three-day series, advocates offer remedies to a thorny problem.


After a report that Eliza Dukes' 96-year-old aunt was giving money away resulted in a legal proceeding to determine competency, Dukes thought the court would appoint a family member.

Instead - on the recommendation of the Philadelphia Corporation for Aging - the court appointed a professional guardian.

"We're her family, and the whole system excluded us," Dukes said. "We were treated as outsiders." 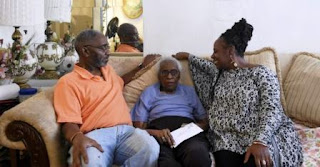 The way Dukes sees it, there's something wrong with a system that strips individuals of all their rights with little to no consideration of less restrictive alternatives.

The loss of civil liberties in guardianship has always raised abuse concerns. But it's also become an area of increasing worry with an aging population.

Over the past two decades filings statewide have risen 28 percent, faster than the increase of people 60 and older, the demographic most likely to be in a guardianship. The system in Pennsylvania already shows signs of strain, with Philadelphia Orphans Court willing to keep a felon convicted of financial fraud serving as guardian to dozens of incapacitated adults because of a shortage of professionals able to assume her caseload.

Despite congressional hearings and research on the system of court-appointed guardians, media exposés on abuses and celebrity attention, real reform has proved elusive.

So can anything be done?

Advocates for reform not only say yes, but that finding solutions is critical because of the explosive growth in a cottage industry of paid professionals that has supplanted roles traditionally held by family members.

"You can lose your civil rights," said Sam Brooks, senior attorney for Community Legal Services of Philadelphia, one of the leading advocates for the elderly in the state. "There needs to be some sort of system that ensures less invasive steps are taken."

Brooks added, "There needs to be a cultural change."'


'The safety net'
As messy and complex as the guardianship process can be, there is widespread agreement among advocates about what needs to be done.

While state statute indicates a preference for less restrictive alternatives and limited guardianship when appropriate, judges routinely strip elders of their civil rights and appoint guardians with power over the person and the purse. A first and necessary step in reform, advocates say, is a system that puts into practice what statute already suggests.

It's called supported-decision making, the process of accommodating individuals with disabilities or cognitive deficits (the most common justification for guardianship) by including family, friends and other social support to enable life decisions without impeding the adult's autonomy.

For this to happen, guardianship must be viewed as a last resort. The fact that the adult, alleged to be incapacitated, is absent or not represented by counsel in so many of these proceedings means alternatives are not being explored, said Lawrence A. Frolik, a University of Pittsburgh School of Law professor and national expert on elder legal issues.

These articles are well researched and well written. Thank you for posting them.

Follow the $.......connect the dots to the lucrative protection racket. Thank you for shining bright lights on what I believe is our biggest enemy laying in wait.

Aging puts more people at risk to lose everything that took a lifetime to attain. Poof! just that fast, your home, your possessions, your safe deposit boxes, bank accounts, stash of cash, mail,automobiles, watercraft, summer cottages, the list is endless all in the control of others leaving the protected person, the ward with no rights, no voice.

Knowing what I know I'm on the spend it all now plan.

This is a great series. It's seems that exposing Guardian Abuse has become a hot topic for journalists, as well as it should be. Many other articles like this should be published all over the nation--investigation seems to be the only way to uncover the fraud.