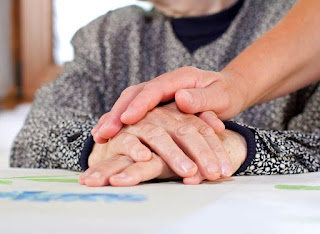 There should be a special place in Hades for the criminals who commit financial fraud against seniors.

No one deserves to be a victim of a scam, but it’s particular heinous when perpetrated on people who are living on fixed incomes or surviving on savings they can’t replenish.

Many of the financial crimes against seniors go unreported because the victim are too embarrassed to tell anyone or report the fraud to the authorities.

So I was thrilled recently to see that federal and state law enforcement officials joined forces to round up more than 250 people accused of financial schemes that targeted seniors.

Some examples of the elder financial exploitation prosecuted by the department included:

— Lottery phone scams. Callers convince seniors that they have to pay a fee or taxes before receiving the lottery proceeds.

— Guardianship scams. Family, friend or recent acquaintances will siphon seniors’ money into their own bank accounts.

— IRS impostor scams. Con artists call and pretend to be an IRS agent claiming that victims owe back taxes.

— Grandparent scams. Seniors are tricked into believing that a grandchild has been arrested and needs bail money.

@BestBuy in Springdale, Ohio with my 87 y/o grandmother hoping to speak with the General Manager Kris Combs about why my Grandmother was able to come into his store and purchase two $2000 gift cards with the cashier not asking a single question as to why? #fraud #ElderAbuse 1/ pic.twitter.com/D2ksrttf7B
— Mike Naegel (@MikeNaegel) February 28, 2018

— Romance scam. In this loathsome scheme, victims are persuaded to send money to someone they’ve met online.

More than two-thirds of caretakers reported that a scammer had targeted their elderly relatives, according to a survey of more than 1,700 people conducted by the Cooperative Credit Union Association, a New England-based trade group.

The survey found that, most often, the attempted fraud was initiated with a telephone call. Nearly 22 percent of scam attempts were made via email or another online contact.

“While regulators are working hard to address the scourge of financial fraud, education is key, particularly with hundreds of millions of Americans’ personal information readily available to criminals,” said Paul Gentile, president and chief executive of the association. “All financial consumers need to take steps to protect themselves financially and digitally, including by being aware of the latest trends in frauds and scams.”

A quarter of the caregivers surveyed said that they had not even discussed financial abuse with their elder relative or friend.

Want more information on how to stamp out elder financial abuse? Read the following.

— With every data breach comes an increased need for fraud sentinels for seniors.
Equifax breach may mean scammers can target more seniors

— From thestreet.com: How to Stop Fraudsters From Preying on Elderly Americans

“A 2017 AARP study states that over half of all U.S. financial fraud victims are over the age of 70, and that 90 percent of investment fraud victims were more than 50 years old. A separate study from the North American Securities Administrators Association notes that 97 percent of fraud prevention specialists say that “most cases” of senior financial fraud go undetected rather than being discovered before they cause serious problems.”

Law enforcement crackdown caught more than 200 scammers who cheated older Americans out of half a billion dollars. Report a scam and get help from @AARPFightsFraud at 877-908-3360. https://t.co/q033lwN4x2
— Nancy LeaMond (@NancyLeaMond) February 28, 2018

— From the Chicago Tribune: How to spot elder financial abuse

Full Article & Source:
The scammers who bilked seniors out of more than half a billion dollars

These scams lead to guardianship.

I agree Charlie a parade of innocent victims marching into court due to being respondents in petition for guardianship.

I don't think there will ever be a resolution or an end unless the authorities are able to nail the crooks, charge them, prosecute to the fullest with mandatory prison sentences and restitution or the convicted cowards remain in prison for the rest of their sorry lives to keep society safer.