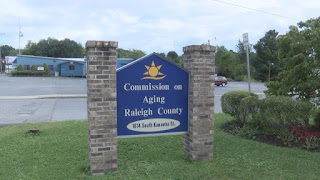 Statistics show that elderly abuse is a growing problem in the United States.

According to the National Council on Aging, one in 10 Americans ages 60 and older experience some form of abuse.

To spread awareness about this problem, the Raleigh County Commission on Aging hosted its 13th annual elderly abuse conference.

Guest speakers at the conference say there have been more cases of elderly abuse now compared to years past.

“We probably make a referral every two or three months to Health and Human Resources of something that we suspicion,” Jack Tanner, Executive Director of Raleigh County Commission on Aging, said.

But cracking down on elderly abuse is difficult. Some cases go undocumented altogether.

“Financial exploitation in elderly is really easy to do,” Foley said. “They’re so trusting. They get to the point where they can’t write checks anymore, they can’t see to pay their bills any longer, so they ask somebody to help them.”

Tanner says combating the problem is about education and empathy, and it starts with younger generations.

“We need to recognize the need to educate all of our young folks,” he said. “The circumstances of our elderly and what could be going on that you never have an opportunity to see.”

“You have to know what you’re looking for,” she said. “We need to know where to report it if you do see it. There’s just a lot of things that come together to create that puzzle, and we all want those pieces to fit for everybody.”

If you or someone you know has been a victim of elder abuse, you can call the Health and Human Services hotline at 1-800-677-1116.

The schools are dropping the ball. They're so busy teaching for test results, they've forgotten manners and the value of the elderly, among other now lost important teachings.