Preacher in ‘Basement of Horrors’ Case Gets 27 Years 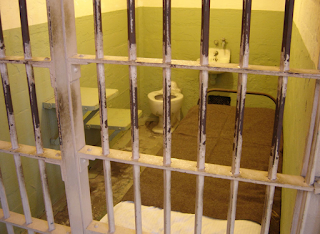 PHILADELPHIA (CN) — A self-proclaimed Texas street preacher was sentenced to 27 years in federal prison Thursday after helping a woman kidnap, torture and enslave mentally disabled adults, all while stealing more than $200,000 of the captives’ government benefits.

Eddie Wright, 57, is the fourth of five conspirators to be sentenced for the scheme, which began in 2001 and ended a decade later in 2011 when four malnourished adults were rescued from a filthy basement boiler room in Philadelphia.

Wright pleaded guilty in 2015. A sentencing memorandum prepared by his attorney, Brendan T. McGuigan, acknowledged that Wright’s actions were “horrible.”

Linda Weston, who had been the scheme’s ringleader, previously pleaded guilty to avoid the death penalty and was sentenced to life in prison plus 80 years. Her daughter, Jean McIntosh, had helped prosecutors build the case and was sentenced to 40 years prison in August.

Details of the dirty conditions, physical abuse and forced prostitution of the victims began to come to light in charging documents as the case gained national attention.

In all, five defendants were charged with 196 counts. Another of the co-conspirators, Nicklaus Woodard, was sentenced Tuesday to 27 years. Federal charges remain pending against Greg Thomas, Weston’s former boyfriend.

Prosecutors said the five defendants coerced and pressured some of the mentally disabled captives into making Weston their designated payees for their benefits. They moved the captives between several states to avoid being caught, and often locked them in basements, closets and other confined spaces, feeding them minimal food often spiked with sedatives.

At least one of the captives testified she was forced to have children with another captive. She said Weston and her daughter took her child and told her he had died, and then claimed the baby was theirs to collect more benefits.

I hope he serves every day of it.