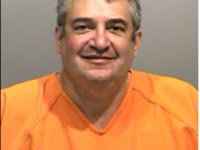 Glenn William Gregory, a former lawyer in Lakewood, was sentenced to four years in prison for stealing $1.4 million from a trust fund account from his stepgrandmother.

Gregory, who is 56, was a trustee for the John B. Villano Trust, an account that was created by his grandfather, John B. Villano, to provide for 89-year-old Martha Violet Villano, the wife of John B. Villano and stepgrandmother of Gregory. He had power of attorney for Martha, and between 2008 and 2016, he transferred $1.4 million from the trust accounts to his personal bank accounts and his law firm’s bank accounts, according to prosecutors.

Gregory was already convicted and sentenced to eight years in prison in August 2017 for stealing $1.3 million from another trust fund that was also created to provide for his step grandmother. Between the two cases, he stole a total of $2.7 million.

Gregory used some of the money from the John B. Villano Trust as gifts for family members. He also used the funds for personal purchases like vacations, gambling and internet sex services.

The former Lakewood lawyer pleaded guilty to one count of theft of an at-risk person, over $500 on July 23.

I'm glad he was caught and punished. I wish he would have to work the rest of his miserable life to pay restitution, though.