Tim Conway 'Unable to Make His Own Healthcare Decisions,' Conservatorship Granted to His Wife 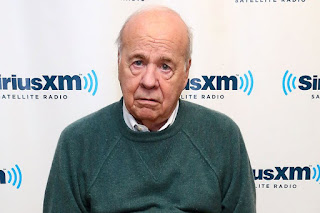 Tim Conway‘s wife and daughter have settled their differences about the actor’s health.

According to court documents obtained by PEOPLE, on Tuesday, Conway’s wife Charlene was appointed conservator of her husband after the court found “clear and convincing evidence” that a conservatorship of Conway was necessary. Charlene was found to be “suitable and qualified” by the court, and Conway consented to her appointment.

According to the filing, Conway, 85, is “unable to make his own healthcare decisions.”

PEOPLE previously reported that the Carol Burnett Show star is suffering from dementia, with his wife and daughter at odds over his medical treatment.

Conway’s daughter Kelly filed court documents in August asking to be appointed the conservator of her father, because she alleged Charlene was “planning to move [Conway] out of the excellent skilled nursing facility he is currently at” and place him into a lesser quality home.

At the time, she claimed her father cannot “properly provide for his personal needs for physical health, food, and clothing” and is “almost entirely unresponsive.”

A week later, Kelly was granted a temporary restraining order, preventing Charlene from moving Conway to a new residence.

Then, in September, according to MyNewsLA, a judge rejected Kelly’s petition for a temporary conservatorship. In October, Charlene said in court papers that she did not believe Conway needed a conservator, but that she should be the one appointed if need be.

The actor starred on McHale’s Navy, co-starred on the 1970s comedy The Carol Burnett Show, acted as the voice of Barnacle Boy on Spongebob Squarepants and even made a special appearance on the second season of 30 Rock, for which he received an Emmy.

He also won a Golden Globe Award for best supporting actor for The Carol Burnett Show, on which he was best known for characters including the Oldest Man and Mr. Tudball.

Conway’s other TV credits include guest appearances on Married… With Children, Mad About You, Glee, Two and a Half Men and Mike & Molly.

Full Article & Source:
Tim Conway 'Unable to Make His Own Healthcare Decisions,' Conservatorship Granted to His Wife
Posted by NASGA

Sorry to Mr. Conway that he would end up in a conservatorship.

Judges should go to prison along with corrupt attorneys and The Guardians for being liars and thieves!