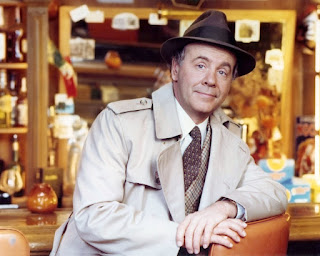 Tim Conway’s wife and daughter settled their differences over whether the entertainer should be placed under a conservatorship, attorneys told a judge Tuesday.

Los Angeles Superior Court Judge David Cowan was informed during a hearing Tuesday that the issues were resolved prior to Tuesday’s hearing. No details could be immediately ascertained.

Michael Harris, Conway’s court-appointed attorney, stated in court papers filed March 20 seeking fees for his work that the case was settled during a final mediation session on March 13.

Kelly Conway maintained her 85-year-old father has dementia and that she should be named his permanent conservator. Charlene Conway said her husband did not need to be placed under a conservatorship, but that if a judge decided he needed such protection, she should be the person selected as conservator.

On Sept. 14, Judge Robert Wada rejected Kelly Conway’s petition for a temporary conservatorship, finding that her concerns about her stepmother’s medical decisions regarding her father were moot at the time because he was hospitalized Sept. 3 and underwent brain surgery.

The actor/comedian is bedridden and cannot speak, according to conclusions reached by his doctor and detailed in court papers previously submitted by Forer. Conway is under 24-hour care at a rehabilitation facility.

Dr. Maurice Zagha said he evaluated the entertainer on Jan. 5. According to Zagha, Conway understands what people are saying to him, but is unable to reply. Zagha said the verbal impediment makes it hard for him to determine Conway’s overall mental capacity, but that over time he has been able to read the actor’s facial expressions.

In addition to Kelly, Conway and his first wife Mary Anne Dalton had five other children, including KFI-AM (640) talk show host Tim Conway Jr. They divorced in 1978.

I'm a regular reader of this site for last 1 month. All your articles are superb and I like to thank you for your effort to

Spat? That is certainly the wrong word to use. These are life and death battles, not spats.

I agree with Martha. This was no spat.

It's also important that people learn to put their anonomosity aside and do what's right for the person they all love.