Adult residents who are deemed mentally competent and have been diagnosed by their attending physician with a terminal illness ‘may request aid in dying by making two oral requests and one written request to such patient's attending physician.’ 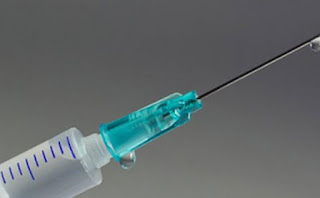 HARTFORD, April 8, 2021 (LifeSiteNews) — Medically-assisted suicide could become legal in Connecticut if the state legislature approves a Democrat-backed bill that would allow adults suffering from a terminal illness to take lethal medication to end their lives.

House Bill 6425 says that adult residents who are deemed mentally competent and have been diagnosed by their attending physician with a terminal illness “may request aid in dying by making two oral requests and one written request to such patient’s attending physician.” The two oral requests must be made at least fifteen days apart, and the written request must be made in the presence of at least two witnesses attesting to the patient’s soundness of mind and that he or she is acting voluntarily. The request may be rescinded at any time.

Notably, the bill says that the “person signing the qualified patient’s death certificate shall list the underlying terminal illness as the cause of death,” rather than the lethal drug.

If signed into law, it would take effect starting in October 2021, but many are speaking out in hopes of preventing that from happening. Hartford area disability-rights advocate Lisa Blumberg said it “defies imagination that Connecticut is contemplating legalizing assisted suicide when COVID-19 deaths have exceeded 500,000 nationwide,” and that enacting the bill “would increase the shredding of the social fabric” by offering death as a solution to depression.

Calling HB 6424 “nothing more than a license to kill,” the Connecticut Freedom Alliance submitted written testimony warning that the bill “allows only the patient’s health care providers to make the determination as to the patient’s mental competency to take his or her life, without any input from the ones who know the patient best — close family members”; and noting that “where assisted suicide (the more accurate title for this legislation) has been legalized, unimaginable horrors have ensued.”

“The Netherlands allows children as young as 12 to end their lives through euthanasia, and in 2017 alone, 6,585 people legally died this way in the country,” the group continued. “In 2014, Belgium became the first country to remove any age restriction on assisted suicide, so that children of all ages may now elect to end their own lives. And just two years after Canada legalized assisted suicide for adults, doctors at the world-renowned Hospital for Sick Children in Toronto are now calling for legislation that would allow children to end their lives without parental knowledge or consent.”

LifeSiteNews is currently running a Voter Voice campaign in hopes of making the public’s opposition to HB 6424 clear to Connecticut lawmakers. Readers can click on this link to easily send their elected representatives a pre-written message or write their own.