Submitted by Carol A. Clark 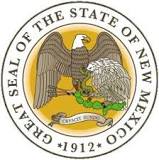 Inadequate oversight of guardianship and conservatorship cases have left many of the most at-risk adults in this state susceptible to abuse, neglect or exploitation.

The goal of the pilot project is to build a program that will allow judges to assign volunteer court visitors to meet with and submit a report about every person under guardianship in New Mexico at least once a year.

The bill also establishes the Working Interdisciplinary Network of Guardianship Stakeholders program, or WINGS, based on a national model that studies and implements best practices in guardianship and alternatives to guardianship.

“This legislation will help ensure that our guardianship system provides adults with the least restrictive alternatives to managing and living their lives,” Gov. Lujan Grisham said. “We must commit to the ongoing work of reforming and evolving beyond guardianship. Through the WINGS program, we will bring to New Mexico the most innovative ideas from around the country on how to best protect the rights of people who are subject to guardianship and ensure that they and their families have a voice.”

Additionally, the bill requires the Administrative Office of the Courts to establish a guardianship annual report review division and authorizes the Office of the State Auditor to review annual conservator’s reports, access financial records in conservatorship cases, and conduct full audits, if necessary.

The number of guardianship cases is expected to increase significantly, as pandemic complications arise and the state’s population ages rapidly. The Office of Guardianship’s wait lists have dramatically increased in the past year.