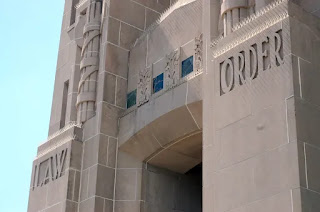 Orleans Magistrate Commissioner Albert Thibodeaux was formally disciplined by the Louisiana Supreme Court following an investigation into allegations that, while working in private practice, he forged a legal client’s signature on a court pleading, notarized it, and filed it into the court record, according to a ruling handed down on Wednesday.

Thibodeaux — who admitted that he violated legal ethics rules, according to the Wednesday ruling — was given a six-month suspension from practicing law, but that suspension was deferred “in its entirety” unless Thibodeaux engages in any further misconduct during that period. One of the justices, Jefferson D. Hughes III, thought the deferred suspension was not a harsh enough measure, and in a dissent said that he would have imposed a period of actual suspension.

It is unclear whether or how the disciplinary action will affect Thibodeaux’s role as commissioner in Orleans Parish Magistrate Court, where once a week he presides over first appearances and makes bail determinations for criminal defendants, among other duties. Commissioners are allowed to continue to practice civil law while presiding, but are barred from practicing criminal law.

Reached on Wednesday, Thibodeaux said he was unable to discuss the court’s decision, and directed inquiries to his attorney, Harry Rosenberg.

The ruling says that following an investigation into the allegations, Thibodeaux and the Office of Disciplinary Counsel — which serves as the investigative and prosecutorial arm of the Louisiana Attorney Disciplinary Board — filed a “joint petition for consent discipline” in which Thibodeaux admitted he violated two Rules of Professional Conduct.

One of the rules states that “a lawyer shall provide competent representation to a client” which “requires the legal knowledge, skill, thoroughness and preparation reasonably necessary for the representation.” The other makes it misconduct for a lawyer to “engage in conduct involving dishonesty, fraud, deceit or misrepresentation.”

Thibodeaux is one of four magistrate commissioners, and was appointed by the 12 criminal court judges and the magistrate judge in 2014.