Lawyer is disbarred after missing multiple hearings; he blamed PTSD caused by his medical condition 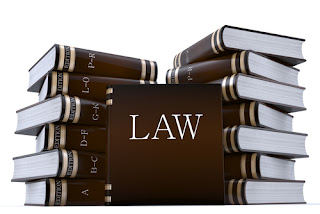 A Virginia lawyer’s license to practice law has been revoked after former clients testified that he left them in the lurch while his license was suspended earlier this year.

Lawyer Jonathan Preston Fisher, 45, of Blacksburg, Virginia, lost his license at the end of a remote disciplinary hearing May 21, the Roanoke Times reports.

An online entry said he violated Virginia Supreme Court rules on the duties of suspended lawyers.

According to the Roanoke Times, Fisher has an “extensive history of run-ins with judges and other attorneys.” Judges cited him for contempt for failing to appear in court—citations that were later dismissed—and he was fined for swearing at a prosecutor and threatening to sue his office.

Fisher has attributed his problems to having too many clients and to the post-traumatic stress disorder he has as a result of brittle bone disease. He told the Roanoke Times in May 2019 that he has had more than 50 broken bones because of the disorder, known as osteogenesis imperfecta.

The Virginia State Bar’s disciplinary board noted Fisher’s health problems when it suspended him for two months beginning Feb. 1. The board said Fisher failed to appear for trials of several clients and failed to tell several other clients about their convictions. He also failed to safeguard client property because of trust accounting and fee violations, the disciplinary board concluded.

When the board included descriptions of the cases, they concerned traffic violations.

The board said Fisher had no prior disciplinary history, and he cooperated in the bar investigation that led to the suspension.

“He lives with significant medical and mental health concerns,” the board said, “including a permanent physical disability causing him to use a wheelchair which would be wholly disabling for many.”

He also “exhibited remorse for his actions and made efforts to mitigate the harm to his clients by paying fines and costs for clients and refunding certain fees, even if not always timely,” the board said.

One of the people testifying against Fisher in the new disciplinary hearing was former client Kimberly Ann Brock of Christiansburg, Virginia. She has sued Fisher, alleging that he didn’t tell her that his license was suspended and didn’t refund the $4,000 fee that she paid him. Brock told the Roanoke Times that she still hasn’t received a refund.

“I hope that he gets the help he needs now, and that nobody else gets hurt,” she told the Roanoke Times.

The ABA Journal was unable to reach Fisher for comment at the phone number listed by the state bar.