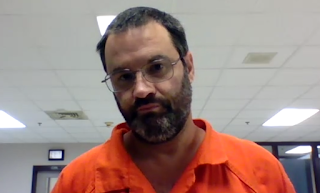 Two Oak Grove residents have been arrested for alleged abuse and neglect of an elderly man that has put him in a hospital in grave condition.

Arrest warrants for 43-year old Jacob Gilstrap and 39-year old Ann Harrison of Oak Grove allege that while in a caretaker role, they forced a 70-year old man to live alone in a camper outside of their Timberline Circle home between March 1 and July 10.

They took the victim to a hospital when he became unresponsive and medical staff reported signs of sepsis, gangrene, an open wound to the bone of his leg and numerous pressure ulcers consistent with neglect.

Bilateral leg amputations were necessary and the man remains in septic shock, according to the warrant.

The victim was severely malnourished, with medical personnel indicating he had not eaten in several days and that a feeding tube would be required.

Gilstrap and Harrison were in charge of the victim’s finances and bank staff confirmed to police that the victim’s account is overdrawn every month until his social security check is deposited. In addition to other withdrawals, there is a monthly electronic withdrawal for a life insurance policy on the victim.

Both suspects are charged with criminal abuse in the first-degree, knowing abuse or neglect of an adult and exploitation of an adult—all felonies.

They were arrested by Oak Grove Police Thursday night and lodged in the Christian County Jail on a $20,000 bond.

Both appeared for arraignment Friday in Christian District Court, with Gilstrap given a public defender after telling Judge Foster Cotthoff that he is unemployed.

Harrison asked to be released on her own recognizance, but Judge Cotthoff instead increased both of their bonds to $100,000, saying he’s been told the victim may not survive.

Not guilty pleas were entered for both suspects and both will appear for preliminary hearings for Friday of next week. 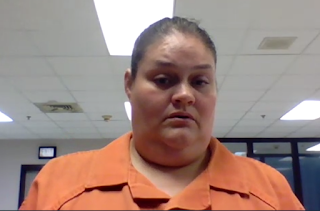