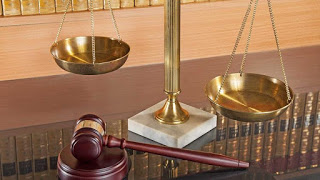 “This is a despicable crime causing fear and emotional turmoil for some of the most vulnerable members of our society,” said Special Agent in Charge Thomas J. Sobocinski of the FBI's Baltimore field office.  “Ulysse used fraud and deceit to prey upon grandparents’ trust and love.  The FBI is committed to combatting elder fraud and financial exploitation and ensuring our seniors are protected.”

“As a part of multiple fraud schemes, Medard Ulysse conspired with others to use stolen identities to defraud pandemic Unemployment Insurance programs established under the CARES Act to unlawfully obtain over $618,000, which deprived those who were truly in need of assistance during the pandemic,” said Troy W. Springer, Acting Special Agent in Charge, National Capital Region, U.S. Department of Labor, Office of Inspector General. “I am grateful for the strong partnerships with the U.S. Attorney’s Office for the District of Maryland, the FBI, and our state workforce agency partners, as we continue focused efforts to hold accountable those who undermine the integrity of unemployment assistance programs.”

According to his guilty plea, from January 2018 to November 2019, Ulysse and others executed an elder fraud scam, called a “grandparent scam,” in which they persuaded elderly victims to send thousands of dollars in cash by posing as a police officer, lawyer, or other person in law enforcement and convincing victims that their grandchild needed money for bail or legal fees.  If the victims sent money, conspirators asked for more cash claiming that additional funds were needed for legal expenses, fines, or damages.  Conspirators called the elderly victim pretending to be the victim’s grandchild or other troubled relative to convince the victims to send cash.  To conceal the scheme, the conspirators told the victims that a gag order had been placed on the case or that the situation was embarrassing for the grandchild, and that the victim should not share the information with others.

The victims were directed to send cash to residential addresses, that were either vacant or for sale, so no one would be at those locations at the time of the deliveries.  Ulysse recruited people to assist in retrieving the packages.  Co-conspirators opened the packages, counted the cash inside and sent Ulysse video recordings of the packages being opened and counted, then delivered the fraud proceeds to Ulysse and to other people involved in the scheme.  Ulysse distributed, and directed co-conspirators to distribute, cash payments to other members of the conspiracy for their participation in the scheme.

As a result of the execution of the elder fraud scheme, Ulysse and his co-conspirators convinced at least 83 different victims to send a total of at least $2,420,280.  Ulysse’s criminal actions resulted in substantial financial hardship to at least five victims.

From April 2020 to November 2020, Ulysse conducted an COVID-19 CARES Act unemployment benefit scheme to fraudulently obtain unemployment funds, including Federal Pandemic Unemployment Compensation (FPUC) and Pandemic Unemployment Assistance (PUA) established under the Coronavirus Aid, Relief, and Economic Security (“CARES”) Act.  As part of the scheme, Ulysse and his conspirators used the identities of numerous victims to submit fraudulent unemployment claims to multiple state workforce agencies, including the Maryland Department of Labor and the California Employment Development Department.  The fraudulent applications listed individual victims’ names, social security numbers, and dates of birth.  The Maryland Department of Labor and other state workforce agencies disbursed benefits through debit cards issued in the names of the applicants and mailed to addresses provided in the applications, which were locations accessible to Ulysse and other members of the conspiracy.  Once conspiracy members obtained the funds on state issued debit cards, they used the funds for their personal benefit.

In total, between April 2020 and November 2020, Ulysse and his co-conspirators submitted at least 143 fraudulent applications in the names of identity theft victims and obtained approximately $618,767 in fraudulent funds.

On May 17, 2021, the Attorney General established the COVID-19 Fraud Enforcement Task Force to marshal the resources of the Department of Justice in partnership with agencies across government to enhance efforts to combat and prevent pandemic-related fraud.  The Task Force bolsters efforts to investigate and prosecute the most culpable domestic and international criminal actors and assists agencies tasked with administering relief programs to prevent fraud by, among other methods, augmenting and incorporating existing coordination mechanisms, identifying resources and techniques to uncover fraudulent actors and their schemes, and sharing and harnessing information and insights gained from prior enforcement efforts.  For more information on the Department’s response to the pandemic, please visit https://www.justice.gov/coronavirus.

United States Attorney Erek L. Barron commended the FBI and the DOL-OIG for their work in the investigation, and thanked the Lowndes County Sheriff’s Department for its assistance.  Mr. Barron thanked Assistant U.S. Attorneys Sean R. Delaney and Christine Goo, who prosecuted the case.