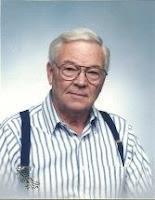 A court ruling Friday has taken medical decision-making authority away from the wife of 85-year-old Al Barnes, calling her "deceiving" and rebutting her claims that his severe dementia and other conditions are reversible.

While noting that Lana Barnes is "adamant and sincere" in her belief that her husband can recover, the ruling found no evidence to support her claim that he suffers from a reversible Lyme disease infection.

"He is dying, slowly and painfully," the ruling stated. "The evidence before the court establishes that no amount of medical care and treatment is going to change that."

Alternate Decision Makers, a private Minneapolis firm, will remain as emergency guardian for Barnes, at least until a March 3 hearing when a permanent guardian is elected.

Email ThisBlogThis!Share to TwitterShare to FacebookShare to Pinterest
Labels: Minnesota

Lesson: Need for advance directives, carefully thought out and agreed between family members. Execution should be videotaped in order to avoid challenge when guardianship rears its ugly head.

I am so sorry for his wife. I believe she has his true interests at heart.

Sadly if the facts of the story are accurate, this is something that will be used to argue those trying to do the right thing by our loved ones are the problem.

I will pray for Mr. and Mrs. Barnes. These are decicisions God should be making, not doctors.

This is a prime example of how laws and protocols need to change immediately to protect the victim and their families.

What those in government, who can make these changes fail to understand, they too are at risk of this despicable crime happening to our American families.

Those in Power need to "Wake Up," and Stop this crime. Never assume because of your station in life your safe from these predators of greed. When you are at your most vulnerable is when these predators will attack and destroy your life.

I still tend to believe the wife here.

Who knows Al Barnes best, his wife or a complete stranger?

"Barnes possibly could face lawsuits and criminal charges after making a startling admission on the witness stand: She altered a legal document governing her ailing husband's care".
WOW...I guess altering documents is only OK if they are altered by the ones that can "legally" take over ones life....like a probate court. Altering documents, changing wills, committing fraud, theft, perjury etc. is ALL GOOD if the probate judge (or the Probate clerk) do it in the "best interest" of MONEY. This poor woman loves her husband and is trying to save his life. Regarding Lyme disease....has any Lyme literate physician ever tested this man for Lyme..? In later stages of Lyme, dementia is seen OFTEN. Lyme disease is caused by the spirochete Borrelia burgdorferi. Another stain of spirochetes were found to be in patients with Syphilis. Lyme is not Syphilis, however, a spirochete is a spirochete. Hmmm, if spirochetes from syphilis cause of dementia, perhaps spirochetes from Lyme could do the same thing.
This woman knows her husband far better than the cold, heartless probate family killers. Maybe she should be listened to. As for criminal charges...I am still waiting to hear if an attorney I know (making enourmous amounts of money) in a probate case will get a slap on her hand for committing intential fraud and perjury. God Bless Mrs Barnes for her trying to save her husband. She probably knows much more about this situation than the rest of us.

I had the same thought, Anon 2, what would it hurt to treat Mr. Barnes for Lyme disease as his wife suggests? It makes no sense to me.