Judge Asks for Charges Against Her to be Dismissed 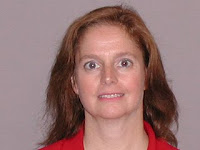 A judge indicted in the Cuyahoga County corruption investigation was in an Akron federal courtroom, asking that charges against her be dismissed.

Judge Bridget McCafferty’s lawyers entered several motions. Two were to dismiss charges and two to suppress evidence. The judge will rule on those motions at a later date.

McCafferty is charged with allegedly lying to the FBI about conversations she had with former commissioner Jimmy Dimora and former auditor Frank Russo concerning cases in her court. In exchange, she is accused of receiving campaign contributions. McCafferty denies those allegations.

McCafferty was indicted at the same time as fellow judge Steven Terry, who has been charges with conspiracy to commit mail fraud.

Source:
Cuhahoga County Judge Asks for Charges to be Dismissed

Are there any honest judges out there?

And if someone came to her in her capacity as a judge and asked for the charges to be dropped, would she?

Judges who violate the public trust should receive stricter punishment.