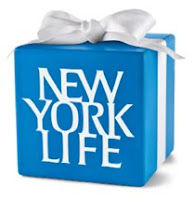 What would you do with 20 life insurance policies? Would you even buy 20 life insurance polices? Probably not, that is, if you knew what you were doing. Mary Mullen, an institutionalized senior—in her 80s—with Alzheimer’s disease, did not know what she was doing and so relied on salesmen from New York Life Insurance to take care of her. Instead, they took care of themselves. Those 20 life insurance policies– by the way—cost $600,000—and involved a number of elaborate schemes including an arranged marriage. New York Life, for their part, apparently refuses to investigate the suspicious policies, for which “the primary motivation” was “commissions and premiums.”

The whole sorry saga, which is now the subject of a lawsuit, began in 1994, when, according to Rebecca McFarland, trustee of the Mary Mullen Revocable Trust, one John Palmateer approached Mullen representing himself as an expert in insurance and financial matters. McFarland claims he gained Mary Mullen’s trust by visiting her occasionally, sometimes at the hospital. Of course, most people at this point would ask—’what about her family?’ Well, Mary Mullen had family, but they all lived out of state. Palmateer is accused of keeping the truth about Mullen’s deteriorating health from her family.