Block Estate Battle Set for May

After learning that settlement talks had failed in a contentious suit involving San Antonio businessman Leo Block, Bexar County Probate Judge Polly Spencer ordered both sides to get ready for a May trial.

The judge on Thursday did not rule on a request by the defendants to lift a freeze she had imposed on eight valuable properties acquired with Block's money. They appear to be all that remains of Block's once considerable wealth.

“The assets of Leo Block have been wasted by Erma Block and Stephen Boyd. All we are trying to do is keep the few remaining assets from being wasted,” argued Linda McDonald, representing the plaintiffs, in asking Spencer to keep the freeze in place.

Block, 94, had made his fortune through Block Distributing, a San Antonio beer and wine wholesaler, now known as Republic Distributing. 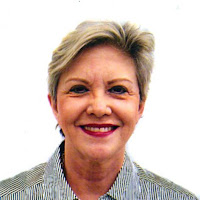 But his last two years were tumultuous. In July 2008, Block, a lifelong bachelor, married Erma Holman, 71, owner of a local bail bond company. He also retained Stephen Boyd, a lawyer twice disciplined in the 1990s for ethical lapses.

And before Block died in August 2009, he or someone else made a series of radical changes in his will, estate plan and investments. His sister Betty Simmons and her two children were replaced as primary beneficiaries by his new wife and three charities.

In November 2009, Block's relatives sued, seeking to overturn that will, claiming Erma and Boyd had victimized a demented old man, by systematically “stripping” Block of his wealth.

Both Erma and Boyd have issued categorical denials. But the two are now at each other's throats.

Email ThisBlogThis!Share to TwitterShare to FacebookShare to Pinterest
Labels: Texas, Will

I bet the lawyers can't wait for this one.