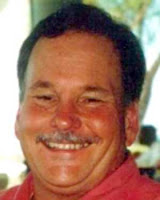 Chancery Courts in Harrison and Hinds County are following required safeguards to protect the assets of children and vulnerable adults because, they confirm, attorneys in their jurisdictions either stole or improperly spent millions of dollars entrusted to them.

In Gulfport, attorney Woodrow W. “Woody” Pringle III stole at least $2.4 million from accounts he managed for children and vulnerable adults, a forensic accounting shows. He spent some of the cash on a house in Windemere, Fla, where he lived with his third wife, and on travel expenses to and from Florida to Gulfport, according to the records.

Pringle committed suicide in December 2010 in a hotel room at the Orlando Ritz-Carlton, overdosing on alcohol and pain killers, after Harrison County Chancery Clerk John McAdams discovered the attorney had falsified bank records for a veteran’s guardianship account. A forensic accounting has since revealed the extent of his thievery from numerous accounts he oversaw.

The two cases have one thing in common: Neither attorney was filing the annual accountings that state law requires for guardianships, conservatorships and estate accounts overseen by chancery court, court officials concede. Chancery clerks are responsible under state law for turning over a list each year of guardians and conservators who are delinquent in filing the accountings required by state law. Once judges have the list, they are supposed to demand the accountings and hold in contempt any account administrators who fail to produce them.

In the Pringle and Brown cases, attorneys also have noted, banks have in some cases failed to follow court orders that restrict spending of funds from the court-supervised accounts.

Full Article and Source:
Courts Look to Law to Prevent Another Pringle Incident

See Also:
Editorial - Trust Must Be Restored
Posted by NASGA

I am glad to see the focus on attorneys as fiduciaries!

The FEDs need to check out the handling of Retta Rickow's two trust accounts in St. Pete., Fla. A total disgrace!

Yes, what a refreshing change from just blaming family and caregivers all the time!

Can't blame the robbers if the cops (ouurts) arn't watching!

Well isn't this shocking!? Talk about having blinders on. Audit the case files once in a while for a big suprise. Anyone out there reading with their blinders off have a guess ~~~ a number, a count on how many complaints were sent in on this crook and where might those complaints be?

Geez, this goes to show you just how inept and slow the system is to figure this out shame shame he got caught but how many more are there that need to be dragged in for a mug shot?

Nobody looks at the fiduciary lawyers and that's how they get by with stealing so much before they're caught.

One can't help but wonder why the judges on the 18th floor of the Daley center in Cook County (Chicago), IL don't hold the guardians who practice in Cook County accountable for tunring in annual reports for their wards.

Making judges do their job will go along way to prevent fiduciary theft!