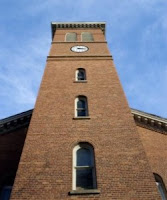 A former employee of the Clearfield County Area Agency on Aging accused of taking thousands of dollars from an elderly woman pleaded guilty Tuesday during plea and sentencing court in Clearfield County.

Jodie Lorraine Yarger, 45, Brisbin, pleaded guilty to five counts each of forgery and theft by unlawful taking. She was sentenced to 60 days to one year in jail and four years consecutive probation. A condition of the plea agreement was that she pay $10,000 of the restitution prior to sentencing. She owes and additional $2,536. She is prohibited from being employed as a social worker.

The charges stem from incidents that occurred between Jan. 2005 and Sept. 2010. During this time Yarger was employed by the CCAAA as Director of Long Term Care Services. She was hired in Dec. 1999.

Prior to sentencing Judge Fredric J. Ammerman stated that he had received a letter from the victim’s children which “paints a pretty pathetic picture”. Yarger was trusted and she stole the victim’s money. What made it worse, Ammerman noted was that she was working for the CCAAA at the time.

Email ThisBlogThis!Share to TwitterShare to FacebookShare to Pinterest
Labels: Pennsylvania

How did she access the money? As an official or as a con artist?

Betraying the public trust should get stiffer punishment.

Right. Not enough time to discourage other thieves.

People in Brisbin and surrounding area should know that this woman is still up to her old tricks of identity theft and worse.
I was unfortunate enough to cross paths with her and find out the hard way. She is using the alias Jodie L Abernathy.

There are some truly sick people in the world, and some of them can really come across as angels... Once you really buy into it, she'll strike.
Beware.