Last week, following directives in a living will that Paul G. Smith, a retired attorney and former Hamilton County, Ind., court magistrate, signed nearly a decade ago, doctors at St. Vincent Hospital in Indianapolis removed him from a ventilator that helped ease his labored breathing.

The living will restricts actions medical providers can take to keep him alive and hands decisions about artificially supplied nutrients and fluids to daughter Judith Sly. A feeding tube that once provided nourishment also was disconnected, though hospital staff occasionally moisten Smith's lips with a damp sponge. 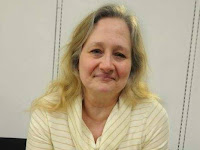 Those moves infuriate daughter Susan Rissman, exacerbating a long-standing family divide that has only deepened since Smith, whose condition deteriorated rapidly, was hospitalized in December with dehydration.

Even though Smith's attorney tried unsuccessfully in November to name Rissman her father's legal guardian, Sly has authority over his care and legal affairs. And her decisions, according to court records, appear to be backed by another sister and a brother.

Rissman has been her father's primary caregiver for the past several years and is against stopping an active treatment regimen for him. She thinks any decision should be left up to Smith because he is able to talk and answer questions.

It is a sad and controversial end for Smith who is at the middle of a family's fight over control of his care and, ultimately, a significant estate that includes investments and a home valued at $241,000.
But the saga underscores broader issues: The importance of keeping health care plans up-to-date, medical ethics and the gut-wrenching dynamics of end-of-life decisions.

"It's a nice little messy case," said Daniel Callahan, president emeritus of the Hastings Center, a research center in Garrison, N.Y., that focuses on topics such as end-of-life care.

Family conflict is not unusual, Callahan and other experts say, because cases are seldom easy to sort out and often feature a tangle of competing forces.

Email ThisBlogThis!Share to TwitterShare to FacebookShare to Pinterest
Labels: Indiana

Health, wealth situation can change. Family disputes can occur.
Keep those documents up to date!

You're right, Thelma. And families need to keep the communications open about these issues too.

I am sorry for Susan Rissman, whom I believe is trying to act in her Dad's best interest.

It's a crying shame. Who's right and who's wrong? Only Mr. Smith can say but sadly, now that his feeding tube has been disconnected, he's beyone saying.

I happy to say that in spite of Ms. Rissman's twisted efforts to blame her sister for her father's ill health, Mr. Smith is off of the ventilator, eating and drinking on his own, and is able to have wonderful visits with the rest of the family members. Susan had isolated her father from the rest of the family, failed to get medical attention for him when he had a stroke at home, and only called for an ambulance when he was hours from death. Thank God for caring and patient doctors, and family members that will work in their father's best interest.