Still Troubled by Terri Schiavo's Death but Inspired Too

It’s now 20 years down the road since your father and Michael fought. What is your state of mind right now? Where are you, in terms of your perspective?
I struggle with this daily because it changes for me every day. From the time Terri collapsed to this moment, it has been a constant rollercoaster ride of emotions.

I guess the easy answer is: I’m committed to doing whatever I can so people will understand this issue. For the death merchants, so to speak, Terri’s death signaled the end. For me, it was the beginning. I’m not going to stop until everybody knows the truth about what they did to Terri, how she was barbarically and inhumanely killed, and how others are being killed just like her. That’s my mindset.

Euthanasia is such a widely misunderstood issue. So much of our society accepts this way of “caring,” which means directly killing people who are being sustained by basic and ordinary care, food and water. 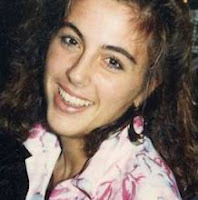 Understand: Terri wasn’t on life support. She was receiving what the Church describes as basic and ordinary care, food and water. She had a feeding tube. She could’ve quite possibly lived a normal life span if she’d continued to receive food and water.

Furthermore, people don’t realize other individuals with brain injuries are being killed every day because the laws now consider feeding tubes artificial life support. It enables medical professionals and families to take it away from individuals if they choose.

The majority of calls we get are from families who are up against health-care professionals who are trying to take away food and water.

What’s the worst case that you’re familiar with, outside of your sister’s?
There are probably a few. There’s a case in New York. A county there has taken guardianship over a woman’s husband, Gary Harvey. The county is completely mistreating this woman, Sara, and what they’re doing to her husband is just unconscionable. 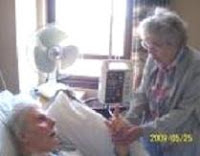 In Arizona, a man named  Jesse Ramirez, a war vet, got into a car accident. Doctors told his wife to remove the feeding tube. The parents went to court and got an injunction. A few months later, the guy walked out of the rehab center and was speaking with reporters.

Full Article and Source:
Still Troubled by Terri Schiavo's Death, but Inspired Too

The Dictators of Non-Compassion:  Gary Harvey Case and the Unexpected Twist
Posted by NASGA

This is got to be one of the best interviews about Bobby and his compassion for life. He has strong values and has been an inspirtaion to me on how to deal with the "Michael Schiavo's of the world.

Thank you Bobby for what and who you are. Terri and God is smiling and pleased with your work.

The public execution of Terri was the most barbaric act for our society.

This is exactly what the county and hospital tried to do to Gary Harvey and they are still in control. Does not make since and is Gary's Harvey's attorney opposing Bobby Schindler?

If Kevin Moshier is opposing and and wants the county to remain Mr. Harvey's guardian after they tried to kill him and then county attorney Bryan Maggs repeatedly said they did not want to be guardian then why? Just who's side is this attorney on that professes to be a religiuos man?

I remember the Terri Schiavo case as if it were yesterday. It was a dark time in our history and one that will never be forgotten.

I know I will never get over Terri Schiavo's execution in plain sight. Ever. It was barbaric and all so unnecessary. I wish I could be as forgiving as Bobby Schindler.

And I will never understand why the judge left Gary Harvey under the control of the guardian who tried to end his life. And the legal system wonders why lawyers are characterized as sharks....

Some of the folks in the Harvey case call themselves christians...one wonders if they really are.

The lawyers' image is at its lowest ebb today, and it is cases like these that bring them there.
Stealing from clients is bad enough, but killing your clients?

Terri Schiavo's case is one impossible to forget.

I remember the news coverage. My heart ached for Terri's family my heart still aches.

Bobby Schindler stepped up, got active and he dedicated his being to this cause.

God Bless you Gary, Sara, Bobby and the attorney who is a very important golden link in this effort, in the save Gary's life chain of life.

Bobby Shindler took a tragedy and turned that around to help others. He has my deepest respect.

Bobby Schindler is a rare and unique individual and I am so hopeful that Gary will be given a chance with Bobby as his guardian.

Booby Schindler and Attorney Johnson are on the right side of ethical purpose, not about funds, money, power, greed corruption, or politics.

It is a scarfice for caring aboit another human being as Gos sacrificed his only begotten son.

Bobby Schindler gave up his carreer to help others. Terri is very special to have a loving brother and family that took a stand and care enough to say NO. Just like what Mrs. Harvey is doing for her husband.

May God shine on this whole wrong and make it right for all the Gary Harvey's and Terri Schiavo's of the world.