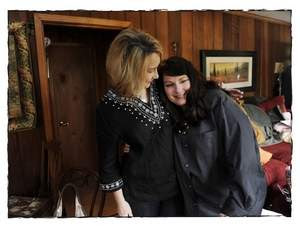 Franklin was released from her court-ordered conservatorship in 2010 after fighting it and proving she was capable of managing her own affairs -- but not before she lost her home and was on the hook for legal and other fees that ate up all but $2,000 of her assets.

Thank you Ginger for all your hard work and determination to change the law. Maryann hats off to you!

Conservatorship is designed to "conserve" assets, not consume them!

How many wards did Ginger's conservator have at the same time she was bankrupting Ginger? No wonder the conservator hung on to Ginger so long -- Look at the profit!

Innocent US citizens need to realize how fast life can change due to a sudden illness or an accident and yes yes yes this can happen to you.

Gary Harvey and Ginger Franklin are prime examples of the harm under the false sense of protection.

Ginger Franklin was injured physically, mentally and financially - she has the right; she deserves to be made WHOLE.

Now this is a case that really boils my blood what is Ginger to do? I agree with Sue Ginger must be made whole again. But who will step up and represent her against her former Conservator? Any lawyer who would go against this gang would be fearful of being blacklisted might as well close up shop and go fishing.

It would be carreer suicide to go against the grain. It is like that in most of the guardianships cases.