The presence of dementia is believed to double every 20 years due to the world’s aging population, making it important to identify the factors that lead to cognitive decline and dementia in older adults. A new study shows that hearing loss appears to be associated with accelerated cognitive decline.


The study enrolled 1,984 older adults with an average age of 77 in an observational study that began in 1997-1998. A total of 1,162 patients with baseline hearing loss had annual rates of decline in test scores that measured global and executive function that were 41% and 32% greater than those among individuals with normal hearing.


Compared to patients with normal hearing, individuals with hearing loss at baseline had a 24% increased risk for incident cognitive impairment. 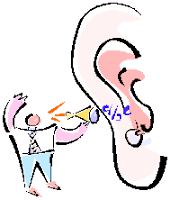 "Our results demonstrate that hearing loss is independently associated with accelerated cognitive decline and incident cognitive impairment in community-dwelling older adults. The magnitude of these associations is clinically significant, with individuals having hearing loss demonstrating a 30 percent to 40 percent accelerated rate of cognitive decline and a 24 percent increased risk for incident cognitive impairment during a six-year period compared with individuals having normal hearing,” Frank Lin, MD, PhD, at the Johns Hopkins Center on Aging and Health, Baltimore, and authors were quoted as saying.


"In conclusion, our results suggest that hearing loss is associated with accelerated cognitive decline and incident cognitive impairment in older adults. Further research is needed to investigate what the mechanistic basis of this observed association is and whether such pathways would be amendable to hearing rehabilitative interventions," Dr. Lin and authors concluded.
Full Article and Source:
Hearing Loss Linked to Dementia
Posted by NASGA

Email ThisBlogThis!Share to TwitterShare to FacebookShare to Pinterest
Labels: Alzheimer's

This is so true. Many elderly people just don't hear well enough and that's mistaken for senility.

It is so true. I have seen this with my Mother. She misunderstands the question because she can't hear it.

Hearing is so important and I have heard of so many old people in nursing homes who are without their hearing aids because their guardians won't see to it that they have their aids. It's so very cruel.

It appears to be a major problem, and mistaken for senility, yes.