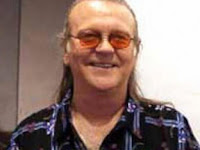 Studio City, CA - A judge today ordered two hospitals to release some of the medical records of Eagles co-founder Randy Meisner in response to a longtime friend's concern that the musician may not be getting adequate medical care under his current conservatorship.

Los Angeles Superior Court Judge William Barry said the information potentially gleaned from the time Meisner was placed on a psychiatric hold after the March 6 death of the bassist's wife will help him decide whether the two conservators he previously appointed to oversee Meisner's personal and business interests are the right people for the jobs.

Barry also appointed Dr. David Trader to conduct a psychiatric evaluation of the 70-year-old Meisner, who has appeared in court for past hearings, but was not present today.

His 63-year-old wife, Lana, suffered a fatal gunshot wound March 6 when she lifted a rifle that accidentally discharged in the couple's Studio City home, according to police.

James Newton, who asked for the medical records and the examination, prefers that Donna Bogdanovich be appointed as Meisner's conservator. Newton said he has known Meisner for years and that he has been in contact with the guitarist's children regarding their father's health.

Bogdanovich is a former social worker and case manager who specializes in mental health issues. A non-jury trial of the competing petitions is scheduled for Aug. 11.

Barry's rulings came over the objections of Meisner and his lawyer, Bruce Fuller, who say the current conservators are performing well. But the judge said Meisner deserves to have him weigh all the information before ruling on a permanent conservatorship.

Newton's lawyer, Troy Martin, said Meisner is someone with a history of substance abuse whose suicidal thoughts once prompted him to say he wanted to kill people with an AK-47 and then take his own life.

At the time, the judge found Meisner was of sound mind in making the selections after questioning him. Meisner confirmed both Ford and DeLong were his choices.

Fuller argued it was unnecessary to release Meisner's medical records at Providence Holy Cross Medical Center and Aurora Las Encinas Hospital because Meisner will testify during the trial and Barry can come to his own conclusions afterward.

"You are going to get a sense of what capacity he has," Fuller said.

But Martin said Meisner's psychiatric state may have changed after his wife's death. He also questioned whether Ford, being a friend of the musician, was making the kind of independent decisions on Meisner's behalf that a neutral third party such as Bogdanovich would.

The Eagles were founded in 1971 by Meisner, the late Glenn Frey, Don Henley and Bernie Leadon. Meisner co-wrote and sang the hit, "Take it to the Limit."

I don't think Randy Meisner needs a conservator. I think all he needed was some help and some peace.

I hope Randy reunites with his children. The family needs each other.