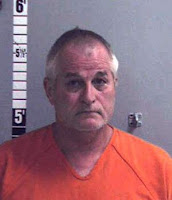 An East Helena man is accused of stealing more than $400,000 from an 81-year-old woman. Authorities say the he used the funds on gambling and fast food.

Ernest Norman Hughes, 53, faces felony charges of exploitation of an older person and theft by common scheme. Police allege the scamming started in 2003 and continued until recently.

Authorities were alerted to the situation as the woman was getting evicted for not paying fees at her nursing home. Court documents say Hughes, who met the woman when she hired him to work around her former home and later became friends with her, has power of attorney and controlled her finances.

An adult protective services worker learned the woman had about $434,000 in her account when Hughes took over her finances in 2003, according to documents. She also received about $1,600 a month. The woman ran out of money to pay for her housing and care in December.

Last month, police received bank records showing Hughes allegedly wrote a significant number of checks for cash and to casinos. Court documents note the 81-year-old was in a wheelchair and rarely left her residence. Hughes is also accused of using the woman's checks to eat fast food and give money to his relatives.

Authorities said although some of the checks were written for goods and services for the woman, "there is no accounting for the disappearance of more than $400,000."

Following the investigation, an arrest warrant was issued for Hughes on Friday. He made his initial appearance on the charges Tuesday.