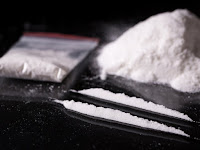 NEW HAVEN, CT — A New Haven nursing home has been fined by the state after revelations that residents were using cocaine, according to Connecticut Health I-Team.

The state Department of Public Health fined RegalCare $1,680 after four residents tested positive for the drug. In April of last year, DPH said one resident tested positive for cocaine after they handed a dollar bill with white powder on it to another resident, according to Connecticut Health I-Team.

A physician ordered several interventions, including that the resident's room be searched every three days but it was only searched on two occasions.

Also in May 2018, a resident was found on the facility's floor with a large hematoma and was unresponsive for two minutes. The resident tested positive for cocaine and opiates, Connecticut Health I-Team reported.

In another incident, a methadone clinic reported that a resident of the the nursing home had tested positive for cocaine. The resident had obtained the drug from another resident who had gotten it from a nurse aide, who was later fired.