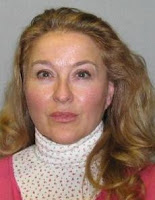 The Bergen County Prosecutor’s Office has charged a former Ridgefield resident and lawyer with stealing a woman’s inheritance, according to a press release.

The victim, who was not identified, inherited $31,565 from her grandmother’s estate in 1996 and had given the money to Diane S. Avery, now of Holland, Mich., to disburse to put in a trust account, the release states.

Avery was supposed to disburse the money to the woman periodically, but the payments stopped in April 2007, the release states. The woman tried to contact Avery but couldn’t reach her.

Avery was suspended from practicing law in New Jersey by the Office of Attorney Ethics in March 2008, according to the release.

Avery is charged with one count of theft by deception and one count of failure to make required disposition of property acquires, both third degree crimes.

How many other victims are there that lost out due to statute of limitations, a crooks best friend?

Diane Avery supposedly a trusted agent of the court, deserves harsh punishment, time in a prison cage where she will be forced to remember what she did.

Wouldn't it be nice if all the dishonest lawyers were caught - and sent to prison? I keep hoping.

She is an incompetent bag of scum, and I am SO glad that the law FINALLY caught up with her. Bravo to the detective that traced her all the way to Michigan and she was caught! Too bad she wasn't on the radar of the legal establishement A LONG TIME AGO. She has been an egotistical, incompetent for MANY years, but she was formerly MARRIED to a JUDGE who served in Ridgefield, NJ-gee, could THAT be why she was allowed to abuse clients and the legal system for SO long? The legal establishment turned a blind-eye to one of their own-someone who was extremely charming AND married to a Judge? I'm glad I watched over my parents estate with her as their former lawyer. I hope she rots in jail-piece of garbage!

........but she was formerly MARRIED to a JUDGE who served in Ridgefield, NJ-gee, could THAT be why she was allowed to abuse clients and the legal system for SO long?

Thank you Anon, this is important news that calls for FEDERAL INVESTIGATION.

She has done a lot more crimes than this one. And more serious. I know, she has confesed to me. If anyone is interested, maybe we could talk.