A former Alameda County Superior Court judge who pleaded no contest to criminal charges that he stole more than $1 million from an elderly neighbor while acting as if he was looking after her affairs is now formally barred from ever returning to the bench or working for state courts in any capacity, a judicial panel announced Monday.
Paul D. Seeman, received the maximum penalty the California Commission on Judicial Performance can impose on a former judge. "The severe sanction of a public censure and bar is necessary for the protection of the public and the reputation of the judiciary," its order states. Seeman, a judge since 2009, did not contest the punishment. He is already banned from practicing law in the state. 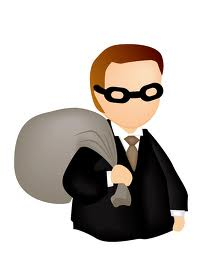 In August, Seeman, 59, of Berkeley, reached a deal to avoid prison time and pleaded no contest to one charge each of perjury and elder abuse. He was sentenced in October to five years probation and ordered to repay $300,000 to the estate of Anne Nutting, his former neighbor.

The plea deal took place before any formal airing of the allegation against Seeman, including a preliminary hearing. He was originally charged with 32 felonies.

Prosecutors alleged Seeman systemically siphoned off Nutting's retirement accounts and stole items from her home after he was secured "durable power of attorney" over her assets in 1999 and promised to look after her. Another lawyer working for Anne Nutting eventually found that her assets had been drained away. She died in 2010 at age 97.

Full Article and Source:
Former judge who stole from elderly neighbor barred from ever working for judicial branch
Posted by NASGA

He should be in jail.

He should have been prosecuted too.

Yes, but judges are card-carrying lawyers and Mark, they take care of their own.

Yes, but judges are card-carrying lawyers and Mark, they take care of their own.

Sadly, in this democrac y, judges hold too much power. I am more afraid of a judge than I would be a JAG. My experience with two guardianship judges was horrendous.

What a sweet deal. I hope the good judges of California and around the nation distance themselves from this judge with a criminal mind who schemed and lied he should be in prison just because he was a judge now he's a private citizen - can he be prosecuted from a different jurisdiction even though Paul Seeman worked a sweet deal?

I know it's been done but I'm not certain if the case involved a judge.

And I find this to be a big problem "... Seeman, a judge since 2009, did not contest the punishment. He is already banned from practicing law in the state...."

In the state of California, what about the other 49?

Beware this crook can pop up in your neighborhood, in you state, in your county courthouse as a lawyer? Or a judge?

Paul Seeman is a danger to society bring back the Scarlet Letter - brand those who are a threat to our elderly, vulnerable citizens.

Hang on the guy steals over a Million Dollars and just repays just $300,000 leaving him with an over $700,000 plus interest profit and he gets NO jail time, is it just me or is something wrong with this picture..???

So what it he is banned from Practicing Law, that part should have been a NO brainier from the get-go...!!!!

The man should NEVER be allowed to practice law, anywhere at any time!

Sad! Mad! and Scarry that the corrupt is allowed to continue to perverse "justice"