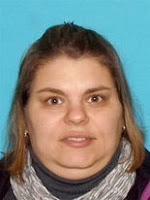 A business office manager at a long-term care facility in Wayne was charged in an indictment Wednesday with stealing $84,000 from the facility, according to a report on NorthJersey.com.

Traci Meyers, 38, of Haledon, was slapped with a charge of theft by deception, which could earn her a maximum sentence of 10 years behind bars and a fine up to $150,000, according to the state Attorney General’s Office.

Meyers allegedly stole the money from Advanced Care Center at Lakeview of Wayne, the report said. From April 2011 until May 2013, Meyers was accused of pocketing money from two separate petty cash accounts under her control. She allegedly wrote checks for patient needs or operating expenses but kept the money after the checks were cashed, the report said.

My gosh, you'd think the facility would have protections in place.

I'm amazed by this!