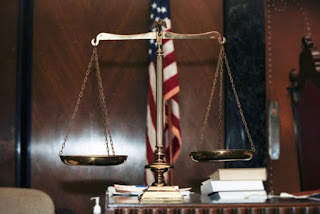 When guardianship estate planning entered Illinois law in 1996, it was viewed as an optional benefit available to guardians to give disabled adults the tax savings available to abled people. That may be changing.

In In re Estate of Rivera, the Appellate Court of Illinois addressed the process as part of a duty possessed by guardians of the estate of disabled adults. Estate guardians may now be required to petition the court to enact new estate plans – or modify existing plans – on behalf of their wards to include only those individuals whom the estate guardian has reason to believe the ward would choose to include if the ward was not under disability. The “best interests” standard that governs 755 ILCS 5/11a-18(a-5), has been interpreted in Rivera as not only allowing deviation from intestacy in such plans, but perhaps even requiring it where the facts are compelling. Compelling facts likely include cutting out intestate heirs with no relationship or poor relationships with the disabled person. Compliance with this duty appears to impose a substantial burden on estate guardians.

The Illinois guardianship estate planning statute, 755 ILCS 5/11a-18(a-5), allows the guardian of the estate of a disabled adult to establish estate plans for their ward on petition to the court. Historically, most estate guardians followed the rules of intestacy in implementing these estate plans. However, in 2015, the Appellate Court of Illinois, First District held Section 5/11-18 statutorily empowers an estate guardian to petition a court to enact an estate plan that deviates from the rules of intestacy. Estate of Howell v. Howell, 2015 IL App (1st) 133247, ¶ 41, 36 N.E.3d 293.

While Howell provided an estate guardian with the ability to take such action, the recent decision in Rivera has turned that ability into an obligation to consider taking such actions, particularly where heirship exclusions seem justified. In re Estate of Rivera, 2018 IL App (1st) 171214.

The ward in Rivera, Inez Rivera, had never had testamentary capacity. In 2015, Inez’s estate guardian petitioned for and received authority to enact an estate plan for Inez. Since Howell was pending at this time, the guardian’s proposed estate plan followed the rules of intestacy.

After Howell was decided, the estate guardian petitioned the court to amend Inez’s estate plan to benefit only Inez’s mother, who was the guardian of her person; Inez’s full sister; and Inez’s three half-sisters who lived with Inez. The estate guardian, after consulting with Inez’s mother, had reason to believe that Inez would only choose to benefit those individuals. Other facts about Inez’s relationship to her father suggested that she would have cut him out if she could.

After conducting an evidentiary hearing on Inez’s best interests, the court granted the estate guardian’s petition over the objection of Inez’s father and eight of Inez’s other half-siblings. In particular, the court found that Inez’s mother cared for Inez exclusively from the time of Inez’s birth. Conversely, Inez’s father had never lived with Inez, had never cared for Inez, had been violent to Inez’s mother, and had fathered eight other children with other women besides Inez’s mother. Inez’s half-siblings who were children of her father did not have any relationship with Inez either.
On appeal, the Court held that:

“A ward’s best interests are not fixed and it would be unsound to conclude that a ward’s estate plan should be unmodifiable, particularly in this case where the ward is a young adult and her best interests may change over her lifetime. We find that an estate guardian is empowered and obligated by the Probate Act to amend a disabled ward’s estate plan when material circumstances change and an existing plan, whether it be an original or amended version, is no longer in the ward’s bests interests due to a change in circumstances.”

As a result of this holding in Rivera, guardians of the estate in Illinois should consider, in each case, whether compelling facts about family relationships dictate a need to compose a plan and offer it to the court for a hearing. If an estate guardian has reason to believe the ward’s plan should be implemented or modified to exclude any family members, the estate guardian should petition the court to establish or amend the plan.

This is a nightmare!