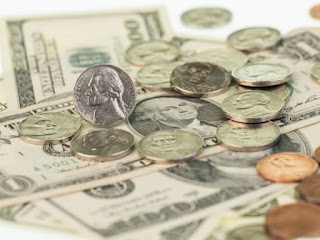 Minnesotans in assisted living facilities lost more than $117,000 to theft over the past five years, according to an analysis of state data.

Eilon Caspi, a research associate at the University of Minnesota school of nursing, examined confirmed reports of theft between March 2013 and August 2018. He found 116 residents were victims of theft and $1,130 was the average amount lost by the 104 residents who provided that information to investigators.

“This is the hard-earned money of people who are aging and becoming more vulnerable physically and cognitively,” Caspi said. “They become a target.”

Caspi’s analysis was funded by the Steven’s Square Foundation for Elder Voice Family Advocates. Caspi is an active member of the Elder Voice group, which played a leading role in the recent passage of new state laws to protect seniors and vulnerable adults.

While physical abuse and neglect of seniors has received a lot of attention in recent years, Caspi says financial exploitation is also a big problem. “We know it is one of the most common types of maltreatment against elders,” he said.

Jean Peters, a retired nurse and one of the founders of Elder Voice, says the substantiated reports of theft from the Minnesota Department of Health that Caspi analyzed are likely a fraction of the financial exploitation of seniors and vulnerable adults happening in Minnesota. Thefts can be tricky to prove and many seniors and their families fear retaliation so many offenses go unreported.

“I don’t feel that. I believe it,” Peters said. She added that the increased electronic surveillance and other new protections established in a bill passed in May by the state Legislature should provide more evidence of how rampant theft is in assisted living.

“We are going to find out just how much of this is going on once camera use becomes more popular,” Peters said.

But Patti Cullen, president of Care Providers Minnesota, doesn’t believe thefts and financial exploitation are substantially under reported. Older residents may temporarily misplace things or forget where they spent some money, but that doesn’t mean they’re being robbed.

“To the extent there was a real theft,” Cullen said. “These are reported. If it’s an employee, we don’t want them working for us. If it’s outside people, we want to find them. We want the police involved.”

“We don’t want anyone stealing from the people we serve,” she said.


Financial exploitation of residents in assisted living typically involves the theft of jewelry, cash or unauthorized use of credit, debit or gift cards, Caspi’s analysis found. Of the 64 substantiated reports, state officials determined individuals were responsible for all but two of the thefts.

In those two incidents, individuals and the facility shared in the blame.

In nearly half the cases, electronic surveillance was used to catch the perpetrator. That includes video from a resident’s room, a store or ATM where a credit or debit card was used or a pawnshop where jewelry was sold.

Lindsey Krueger, director of the Office of Health Facility Complaints, says that type of hard evidence is important to proving allegations and catching the perpetrators. Investigators also rely on bank records, credit card statements and other evidence to substantiate allegations.

In 2018, the state was able to substantiate 66 percent of theft allegations it received from residents of assisted living facilities. That’s an improvement over the period Caspi examined when about 58 percent of allegations were substantiated, according to an analysis by his Elder Voice colleague Anne Sterner.

Allegations are typically received one of two ways — a complaint directly from a resident or a so-called self-report from a facility after suspicious activity is discovered. When a facility staffer is believed to be involved state investigators step in and turn over their findings to police and the county attorney.

If a family member or visitor is believed to be the culprit, local law enforcement is asked to handle the inquiry, Krueger said.

If a staffer is found to have committed a crime it should be noted in the state database used for mandatory background checks when a facility hires new staff.

National data shows for every reported instance of abuse, neglect, theft or other offense when a senior is victimized there are roughly 24 other offenses in the community when elders are the victims that are not reported.

Often, seniors and their families don’t report minor offenses because they fear it will have an impact on the care provided, Peters said.

“They don’t want to say anything because they fear they will be retaliated against,” she said.
Burke says it also is important to remember workers at assisted living facilities and nursing homes are often the ones reporting these crimes.

“I think it is important to say for every perpetrator we see there are a lot of very good employees who get really upset when this happens and often are the ones who are reporting this stuff,” he said.

In fact, most crimes against seniors are not committed by care providers, but by family members.

Burke believes age discrimination and “a pervasive devaluing of older people” are often the root cause of these crimes.

WHAT THE NEW LAW CHANGED


Minnesota lawmakers approved in May sweeping reforms to how seniors and vulnerable adults are protected. Most of those changes impact assisted living facilities, which the state will license for the first time beginning in 2021.

Minnesota is the last state in the nation to license assisted living facilities.

The changes come after lawmakers learned in 2017 that state officials failed to adequately investigate many allegations of abuse, neglect and other crimes against seniors and vulnerable adults. An investigation by the state Legislative Auditor, a government watchdog, found widespread disfunction at the agency responsible for reviewing and investigation allegations.

The new law implements new standards of care at assisted living facilities, bringing them more closely in line with nursing homes that are already state and federally regulated.

Residents now have a “bill of rights” that includes the ability to install cameras in their rooms.
Peters, of Elder Voices, says the new rules regarding cameras were the result of a compromise with industry advocates. Before, Minnesota had no law regarding so-called “granny cams” so residents could install them without notifying leaders of the facility where they lived.

Now, facilities must be notified if a camera is installed, although there are provisions in the law to use hidden cameras if abuse is suspected. While Minnesota was the last state to license assisted living facilities it is one of the first to implement rules regarding cameras.

Advocates and industry leaders are hopeful the new rules and regulations, specifically the increased use of cameras, will help to deter crimes against seniors and improve reporting when offenses do occur.

“We are hoping we got the right balance,” Cullen, of Care Providers Minnesota, said. “We are hopeful the assisted living licensing law sets standards and expectations not just for staff, but for families and tenants we serve in assisted living.”


While new rules and regulations should better protect seniors and vulnerable adults, advocates say residents and their families can do more to improve safety.

Krueger, at the state Department of Health, says families should ask about what facilities do to prevent crimes and abuse when they are shopping for long-term care. She says facility leaders should be able to share specifics about how they protect clients.

Krueger added that its also important to limit the valuables residents bring to facilities and lock them up.

“Try to eliminate crimes of opportunity,” she said.

Peters agrees that is good advice, but she notes that moving a family member into assisted living is often done in a hurry.

“You don’t always plan to go into assisted living,” she said. “Something happens and you are scrambling.”

“What I see is a need to connect the dots,” Caspi said. “Do we need to be looking at this in a more coordinated way?”