The Rise of the Predator Class: Systemic Elder/Guardianship Abuse by Professional Predators 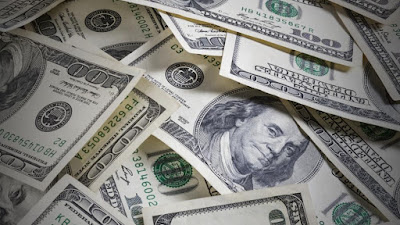 Are guardians, professionals in the legal system, and influential people in the political system stealing from wards (elderly and disabled individuals who have been placed in guardianships) and laundering the money through shell companies? Specifically, can shell companies be found by examining the April Lynn Parks court case and/or IKOR? In addition, is there a connection between the two? This document presents raw data about court-appointed guardian Parks and IKOR, an elder services franchise. Criminal wrongdoing in individual guardianship abuse cases is known. The criminal network, that runs from county courts and county Area Agencies on Aging (Adult Protective Services) to high-level government offices, is not known. Shell companies may be one piece of the puzzle.

A shell corporation is a company with financial assets but no significant business activity.

Shell corporations don’t create products, hire employees, or generate revenue. Rather, they store money and engage in financial transactions. Shell corporations can be used for illegal purposes like money laundering or legitimate purposes like storing funds in the early stages of a startup. According to the research group Global Financial Integrity, the U.S. is the second easiest country to create a shell corporation in. Delaware, Nevada, and Wyoming are the most popular states for creating a shell company due to lax incorporation requirements and strict privacy laws. Storing personal assets in a shell company makes sense for people with a large amount of wealth from investments.

The Panama Papers implicated a number of government officials and public figures in crimes ranging from tax evasion to money laundering. The investigation, which exposed the rogue offshore finance industry, showed that owners of shell companies can hide their identities from United States authorities This constitutes a “significant loophole” in the country’s ability to tackle money laundering and illicit financing. The Panama Papers may offer clues about how money is laundered after it is illegally obtained through guardianship scams.

Systemic elder abuse/guardianship abuse is one of the three primary prey on the vulnerable schemes that has been perpetrated in family (civil) court by government agencies, judges, attorneys, and others in the legal system for over thirty years. This scam is known to include state legislators and may include members/former members of Congress. The National Association to Stop Guardian Abuse, or NASGA, is an organization that advocates for victims of guardianship abuse.

Unlawful and abusive guardianships ensnare the most vulnerable people in a larger and larger trawling net, which now includes those merely physically “incapacitated.” A corrupt court system has created a feeding trough for unethical lawyers and other “fiduciaries.” A growing number of these professionals have become nothing more than predators.

Wards in these circumstances are victimized under the deception of protection. Wards are defenseless and subject to neglect, abuse and/or exploitation by the very people chosen to protect them; they become invisible and voiceless.

Strangers (guardians) are often given total and absolute control of life, liberty, and property of their wards, who are denied:

•the right to control their assets and make financial decisions;

•the right to remain in their own home and protect it from sale;

•the right to protect and enjoy their personal property;

•the right to choose where to live;

•the right to accept or refuse medical treatment, including psychotropic drugs;

•the right to decide their social environments and contacts;

•the right to assure prompt payment of taxes and liabilities;

•the right to vote;

•the right to drive;

•the right to marry; and

•the right to complain.

The FBI refuses to investigate guardianship abuse, a form of public corruption. Previously, no state attorney general would investigate the crime either. Then Nevada Attorney General Adam Laxalt brought charges against professional guardian April Lynn Parks (and several others), and on November 5, 2018, Ms. Parks pleaded guilty to elder exploitation, theft, and perjury charges. Higher-ups weren’t prosecuted, but at least the problem of guardianship abuse was recognized.

Parks fled Nevada to avoid prosecution, but was later arrested in Pennsylvania. According to her online criminal report, she had an address in Malvern, which is about twenty miles from IKOR’s Kennett Square headquarters. IKOR is an elder services franchise that may be defrauding the elderly by illegally placing them in guardianships.

It is noteworthy that a corrupt Nevada guardian ended up close to a franchise that places elders, who have family and friends to offer assistance, in guardianships, contrary to Pennsylvania law.

Pennsylvania Guardianship Law 20 Pa. Cons. Stat. Ann. § 5518. In determining whether a person is incapacitated, the court must also make specific findings concerning the respondent’s need for guardianship services in light of existing alternatives, such as the availability of family, friends, and other supports to assist the individual in making decisions, and in light of the existence of any advance directives such as durable powers of attorney or trusts. 20 Pa. Cons. Stat. Ann. § 5512.1(a)(3); see also In re Peery, 727 A.2d 539, 541 (Pa. 1999) (a person cannot be incapacitated and in need of guardianship services if his impairment is counterbalanced by friends or family or other supports).