It’s an epidemic from which no one is immune. Yet while opioid addiction continues to make headlines every day in America, much of the news focuses on what’s happening with young adults. But the truth is, no demographic is insusceptible to the risks of dependence and addiction—including older Americans. In fact, according to the U.S. Department of Health and Human Services (HHS), Medicare beneficiaries are now the fastest growing population with diagnosed opioid use disorder.

In 2017, nearly 25 Americans over the age of 55 lost their lives each day to an opioid overdose. And a data brief put out the same year by the HHS Office of Inspector General (OIG) reported that over 22,000 Medicare beneficiaries appear to be doctor shopping or seeking medically unnecessary prescriptions in order to receive high amounts of opioids from multiple prescribers and pharmacies. 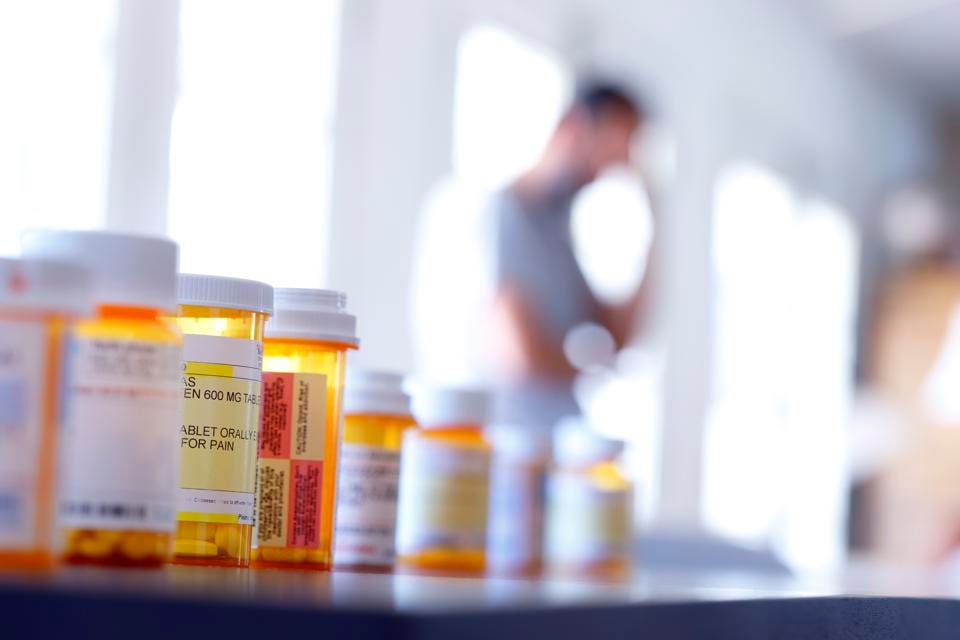 The aging population is particularly vulnerable to the side effects of opioids, including long-term use and abuse. To better understand their attitudes about opioids, Reader’s Digest and Choices Matter—a patient education campaign designed to inform and empower patients to proactively discuss pain management options, including non-opioids—surveyed Americans ages 50+ about their thoughts and behaviors with regard to opioids. The new data—"Seniors & Opioids: A Choices Matter Survey”—was gathered from 1,239 adults ages 50 and over in April 2019.

Opioids include narcotics which are intended to be used to manage pain from surgery, injury or illness, but since they can produce feelings of euphoria, they are vulnerable to misuse and abuse. Their side effects may include respiratory depression, confusion, tolerance and physical dependence. And for seniors, it can be worse. Long-term use of prescription opioids increases the likelihood of falls and fractures which can lead to disability and premature death for older adults. Commonly prescribed opioids are tramadol, hydrocodone-acetaminophen (including the brand-name version, Vicodin), and oxycodone-acetaminophen (including the brand-name version, Percocet).

Researchers found that nearly 60% of older adults surveyed said they are concerned that taking opioids can lead to addiction and dependence, yet nearly half believe Americans ages 20-39 are most at-risk for opioid addiction or dependence, not their peers.

Despite the concerns older adults admitted having about taking opioids, the lack of education around non-opioid options leads many seniors to continue to use them. Some 82% agree that patients and doctors need more access to non-opioid options, but some of their actions may actually increase opioid-related risks. For example, about one-third of those prescribed opioids admitted keeping unused pills in their homes, making them available for diversion or misuse. Survey respondents also confessed to misusing these medications with nearly 40% taking leftover opioids for conditions the drugs were not initially prescribed to treat.

“I can’t stress enough how crucial it is for doctors to have an open dialogue with their patients on pain control and what options are available, including opioid alternatives,” said Dr. Shariff K, Bishai, an orthopedic surgeon at Associated Orthopedists of Detroit in Michigan and an advocate for non-opioid options. “While there may be situations where opioids are still prescribed, having a conversation beforehand ensures that all parties are aware of the risks that come with taking opioids. Today there are safe and effective opioid alternatives available that do not compromise care. In my practice I utilize a non-opioid, long-acting numbing medication that is injected during surgery to provide pain management for the first few days following a procedure when pain is often at its peak. This has allowed me to reduce my opioid prescribing by more than half, and most of my patients report virtually no pain following surgery.”

According to the U.S. Department of Health and Human Services, one in three Medicare Part D beneficiaries—14.4 million people—received an opioid prescription in 2016, with some receiving what is considered extreme amounts of opioids—an average daily morphine equivalence greater than 240 mg for 12 months. The Centers for Disease Control and Prevention (CDC) recently published guidelines on prescribing opioids to patients with chronic pain. Those guidelines recommend that prescribers use caution when ordering opioids at any dosage and avoid dosages that are equivalent to 90 mg or more of morphine a day.

Additionally, the Substance Abuse and Mental Health Services Administration reported that opioid misuse doubled among Americans ages 50 and older between 2002 and 2014, and that Medicare beneficiaries are now the fastest growing population with diagnosed opioid use disorders.

“Many perceive the face of opioid addiction as young.  The epidemic, however, intersects just as much with older adults,” said U.S. Senator Susan Collins (R-ME), who last year, along with U.S. Senator Bob Casey (D-PA), the chairman and ranking member of the Senate Special Committee on Aging examined the challenges of identifying opioid misuse among older adults, the efforts to reduce older Americans’ dependence on opioids, and the need to expand access to treatment for those battling substance and opioid misuse.

The Senate Special Committee on Aging is concerned that as the baby boomer generation ages and the population of older adults in the United States continues to grow, opioid dependence among older Americans could intensify.

“The opioid crisis is ravaging our communities and harming every generation—from newborn babies to aging grandparents,” said Casey at the committee hearing held on the issue last year in Washington, D.C.. “Older Americans are among the unseen victims of this epidemic. We must expand access and affordability to evidence-based treatment and support for all, and we must ensure that those services are affordable.”

According to the Committee, in 2017, the CDC reported that the amount of opioids prescribed in 2015 was enough for every American to be medicated around the clock for three weeks. “Older Americans are at increased risk of opioid misuse, largely due to the high incidence of opioid prescribing among this population. Many older adults experience pain related to acute illness or injury, and they are more likely to have chronic disorders associated with pain. Health care providers play a critical role in ensuring older adults’ pain is managed while reducing the risk for addiction.”

National Council on Aging (NCOA) director and pharmacist, Kathleen Cameron, said that NCOA research uncovered earlier this year that while 70% of organizations that partner with the council to serve the aging population have had to increase their efforts to address the opioid epidemic, less than 28% routinely screen vulnerable aging clients for opioid abuse or dependency. “NCOA believes resources need to be invested in educating our aging population and those who serve older adults in order to reach those at-risk before they become dependent on opioids,” she said.

While older adults are often prescribed opioids to treat chronic pain, they are particularly vulnerable to long-term opioid use after surgery. According to the CDC's National Health Statistics Reports, Americans ages 65 and up undergo nearly 16 million surgical procedures each year and are commonly prescribed opioids to treat pain following surgery.

According to the survey, older adults do want alternatives to opioids, as most seniors (82%) agreed that patients and doctors need more access to non-opioid pain management options. Additionally, the majority believe that access to non-opioids would reduce addiction (61%) and related deaths (55%). Still, while older Americans acknowledge the benefits of non-opioids, 60% said they would still choose an opioid over a non-opioid option for postsurgical pain.

Bishai said patients are prescribed opioids for a number of reasons, including shoulder surgeries and knee or hip replacements, as well as injuries or chronic pain. “While opioids can be effective if taken properly for a short period of time, the risk of dependence and addiction becomes greater if the medication is taken improperly or for too long,” he said. “If a patient is prescribed opioids, they should discuss with their doctor the expectations for how long they should be taken and when the dose should be reduced.”

“We must work to slash the notion that opioids are the only effective option to treat pain after surgery when we have safe and effective non-opioid options available that can eliminate the risks of taking opioids without compromising patient care,” Bishai said. “This epidemic is a wildfire. And while it’s clear efforts are being made to try and slow it down, it will take time before it’s extinguished. Educating healthcare professionals and patients about non-opioid options is an important step in the right direction.”

Bishai said opioid addiction is everyone's problem. “If someone suspects their loved one is misusing or abusing an opioid, regardless of their age, it’s important that they seek help as soon as possible by professionals who work in the addiction and recovery space to come up with a treatment plan,” Bishai said. “It’s important that we educate older adults on the risks of opioid use. We must work educate the public on the safe and effective non-opioid options available that eliminate the risks of taking opioids while still providing optimal pain management.”