Brooklyn Woman Allegedly Pretends to Be Lawyer, Gets Indicted for Stealing Thousands from ‘Clients’ 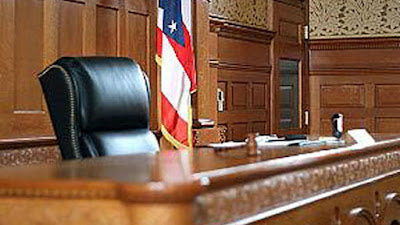 She’s not a lawyer, she just plays one in court.

A Brooklyn woman pretended to be an attorney and defrauded three “clients” out of thousands of dollars, according to the Brooklyn district attorney.

Natasha Riley, 56, allegedly told the clients her name was Natasha Riley-Applewhite from January 2017 until January 2019. In something that sounds straight out of “My Cousin Vinny,” there is an actual licensed attorney in New York by the name of Natasha Applewhite, but her full name is Natasha Holly Applewhite and has no affiliation with Riley.

The Flatbush resident is accused of adopting the name Applewhite to make potential clients believe she was a licensed attorney, according to Kings County District Attorney Eric Gonzalez.

Riley was hit with multiple charges including grand larceny, identity theft and practicing law without a license. She was indicted Thursday in Brooklyn Supreme Court on a 17-count indictment, and was ordered held on bail.

In her time allegedly participating in real-life mock trials, Riley fraudulently took nearly $5,000 from three different clients who hired her to represent them in a range of matters.

The first victim, a female college student, initially paid Riley — who she thought was Natasha Riley-Applewhite — $500 to attend an academic hearing with her at her college. She paid another $3,000 to get a trademark for a not-for-profit organization she formed. She never obtained the trademark.

Riley was also paid $700 to represent a litigant in a divorce proceeding and appear as counsel in Kings County Supreme Court. She also represented a third victim in employment negotiations with the victim’s former employer, for which she was paid $500, according to the DA.

An investigation into Riley alleged actions began after real attorney Natasha Applewhite learned the defendant was using her name and filed a complaint with the district attorney.

Her next court date is scheduled for August 7. Information regarding an actual, real-life lawyer for Riley was not immediately available.

DA Gonzalez urges anyone who believes they were a victim of this scheme to call the District Attorney’s Action Center at 718-250-2340.

Full Article & Source:
Brooklyn Woman Allegedly Pretends to Be Lawyer, Gets Indicted for Stealing Thousands from ‘Clients’
Posted by NASGA