The California Attorney General’s Office has decided not to pursue criminal charges against a pair of Humboldt County Superior Court judges accused of submitting false affidavits to the state in order to receive their salaries.

The office’s review of the case — conducted at the request of Humboldt County District Attorney Maggie Fleming — spanned more than a year, following a pair of public admonishments issued by the Commission on Judicial Performance, the state body tasked with oversight and discipline of California’s nearly 2,000 judges. According to a California Department of Justice spokesperson, the AG’s Office decided Jan. 23, “after a complete review … no action is warranted on the part of this office.” The spokesperson did not respond to an email seeking further explanation.

The two admonishments — the first issued to Judge Dale Reinholtsen in September of 2015 and the second to Judge Christopher Wilson in January of 2016 — were unprecedented in Humboldt County, and represent the first time the commission has publicly disciplined a local judge since its formation in 1960. Statewide, the commission fields some 1,200 complaints a year but metes out discipline — ranging from private advisory letters to removing judges from office — in only 40 or so cases annually.

The admonishments constitute black marks that threaten to forever stain the careers of Wilson and Reinholtsen, but they have been met with mixed reactions in the local courthouse, where both judges are widely considered thoughtful, thorough and hard working, and some see the public reprimands as the result of a “crushing” and unrealistic caseload. 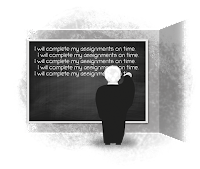 The admonishments stem from a provision in the California constitution that requires the state’s judges to decide matters submitted to them within 90 days. State law requires judges to submit affidavits to the state swearing that they don’t have any matters pending before them that are more than 90 days old in order to receive their paychecks. If they have a backlog of decisions, the state withholds their salaries until they’ve cleared their desks of delinquent rulings.

They submitted falsified affidavits and they're still getting paid? In effect, they committed a crime and only got admonished. Shameful.