Last November marks the beginning of the fourth year that 70 year old Charley Taylor of Missouri has been held by Morgan County in a nursing home against his will, after a trip to the emergency room turned into a permanent medical confinement. 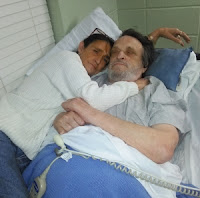 Although he has doctors who have stated that he is competent and of sound mind, and although his wife Helen had power of attorney to make decisions for him if he was medically not capable, a state-appointed conservator has been appointed to him by the court to make all decisions, even against his own wishes and the wishes of his wife.

Meanwhile his wife Helen, who has been fighting for her husband’s freedom, has also been battling against false accusations herself. She has been sent to jail based on false charges and later released due to lack of evidence, kidnapped and confined to a mental hospital until a doctor determined that there was nothing wrong with her, and has been evaluated five times to prove her own competency.

She told Health Impact News: "We were financially set for the rest of our lives after 40 years of marriage until I called 911. Our lives have been destroyed and I am told everything to do when I see him. If this is justice, I don’t need it. We want to be together. He is 70 years old, and I am 67." ...

Once again guardianship tramples on the very people the law was created to protect.

A horrific turn of events, and this could happen to anyone!

Another example of court ordered hell an innocent person, the 'defendant' serving a life sentence.

Another example of a spouse being blindsided by a system turned into a racket churning people into products to generate income for the racket operating like a cartel.

Hospitals are a prime source of products to feed the probate machine.

Praying for this couple. May God help them.

So sick of hearing about this crime. Becoming so mainstream. Sad how the guardians have no fear of hell.

Was there a court hearing that they were given notice ahead of time to appear in court so they could fight this appointment?