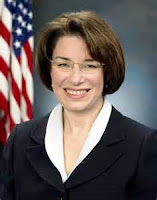 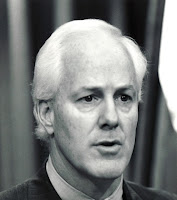 “Those who exploit and defraud our senior citizens, especially through a court-appointed position, must be held accountable,” Sen. Cornyn said. “I’m proud to sponsor this bipartisan legislation to defend our seniors from criminals who take advantage of them.”

“While most court-appointed guardians and conservators are undoubtedly professional, caring, and law-abiding, we must do all that we can to protect seniors from exploitation. Our critical bipartisan bill strengthens oversight and accountability for those who are entrusted with acting in the best interests of seniors,” Klobuchar said. “Today’s action is a positive step forward in providing stronger protections for our vulnerable seniors.”

Background on the Court-Appointed Guardian Accountability and Senior Protection Act:
The bill passed the Judiciary Committee as part of the Elder Abuse Prevention and Prosecution Act. The Court-Appointed Guardian Accountability and Senior Protection Act makes courts eligible for an already existing program designed to protect seniors. Under the program, state courts would be able to apply for funding to assess the handling of proceedings relating to guardians and conservators, and then make the necessary improvements to their practices. For example, the courts could conduct background checks on potential guardians and conservators, or implement an electronic filing system in order to better monitor and audit conservatorships and guardianships.

I've read it and I hope it passes.

been a long, long wait and a lotta work....thank you to all who persisted.