A Franklin County man was arrested after he was accused of exploiting, abusing and leaving his elderly father in what one authority called “deplorable” living conditions. 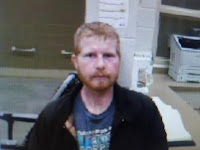 Wesley Wayne McAlister was indicted for financial exploitation of the elderly and elder abuse.

Sheriff Shannon Oliver said allegations are that McAlister neglected his father, who McAlister was living with and was supposed to be taking care of.

Oliver said the father is 80 years old and was sickly.

“Instead of helping him, the victim was being neglected and being taken advantage of,” Oliver said.

The indictment accuses McAlister of depriving his father of air conditioning, electricity and water services in the home, which caused living conditions to be “unclean and unsanitary” and that the older man was deprived of food.

“No one should have to live in those kind of conditions,” Oliver said.