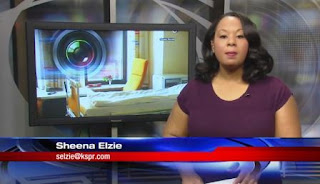 One lawmaker wants it to be law to have cameras inside a nursing home patient's room in Missouri.

Under the proposal, families would be able to view the cameras at any time. Nursing homes say they are concerned about patients' privacy, and their lobbyists have killed similar bills in past legislative sessions.

Supporters are concerned about abuse and neglect. House Bill 398 would make it legal to have cameras in patients' rooms, if patients' family request.

Under the proposed law, families can choose to put a camera in their patient's room, at their own expense. Supportive lawmakers say families could monitor how much and how often medications are given and how their loved one is being taken care of overall.

Rep. Andrew McDaniel backs the bill after his staff says they received hundreds of complaints about abuse, neglect, rape and fraud.

We called around to managers of several nursing homes in our area. One who wouldn't go on camera called us back, saying they have cameras in the hallways already and do extensive employee background check. But privacy is the biggest concern with this bill.