Children and Friends Can Drain a Senior's Savings 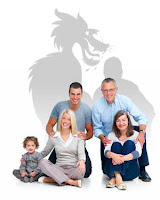 Most elderly Americans don’t have any reason to worry about being swindled by the likes of Bernie Madoff. Rather, there may be more of a need to keep an eye on family — grown sons, daughters and acquaintances who could steal their life savings.

That’s the unfortunate truth. And there are signs the problem is getting worse.

Elder financial abuse costs older Americans more than $2.6 billion a year, according to the MetLife Mature Market Institute, a research arm of the MetLife insurance organization. But those are just rough estimates of obvious losses, the researchers say.

Those dollar losses often lead to further financial calamities such as credit problems, depression, suddenly unaffordable health care and the loss of independence, which push the total incalculably higher.

This article is one of those that unfairly points to family as the #1 financial abuser of the elderly.

The MetLife report quoted specifically states that #1 on the list is the "professionals" -- financial advisors and lawyers, followed by family, etc.

So, the very first statement of this article is wrong.

the truth is statistics (are always incomplete and who sends 'em in anyways - experts?) the numbers submitted by _____ to _______ can easily be manipulated twisted and churned in order to control the outcome the conclusions of their studies for their purposes.

statistics are just that .... incomplete numbers that can be used and misused depending on the person or agency presenting their "findings" to who and why

This may sound nuts, but if I were going to lose everything, I'd rather my children benefited than strangers.

Guardian practitioners like to point and wag their fingers at family and call them greedy. But, they are the pot calling the kettle black!

I have been fighting Judicial tryranny for the past 7 years, because my only son claimed rights to my assets AND income, during my lifetime, because I had place erroneously placed his name on my estate plan...He won on appeal, because my Last Will and Testament, my Living Will, and a revoked Power of Attorney after he stole my documents, were lost by administratve negligence?? in the lower court, and not made available on appeal. On Appeal, the court simply deprived me of my inheritance and reduced my income under "Color of Law" of "Unilateral" evidence.. and I have been fightinjg for my Constitutional Right for the past 7 years, to the brink of insolvency, because there was no criminal investigation, because of local politics and lack of funds.

Mike, your answer is irresponsible. How would youy like to be put into a position of helplesness, if one of your children were making claim to you assets,duiring your lifetime? Assests, that you depend on until your death?
You would be deprived of you rights to you property under Color of Law, if a judge determined, that your family member had a rights to your assets.
It stands everything the Constitution stands for. Our Civil Rights to our own earned assets...as long as we live...that no one should take away or redistribute at will, mostly violating a state law, or laws, certainly a federal law.

It is hoped, the Doj is reading the NASGA blogs, as well as the different articles under the different states, because the Elder Abuse by a Family member is rampant. The National District Attorneys Association (www.ndaa-apri.org)in their March 2003 Resolution, resolved, that Elder Abuse and Financial Exploitation and Neglect (including caregivers and family members)be "vigorously prosecuted.
However, at least in Oregon, this has not been practiced but for few selected cases. Once a person turns to covil litigation, they lie to keep it that way to save funds for investigation and prosecution expenses.
Ask Princes479@aol.com, she knows all that has gone wrong, in spite of laws, resolutions, and even the Constution of the United States, which is being violated by judicial tyranny of the elders or other most vulnerables.