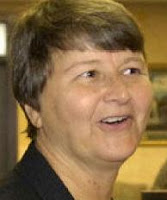 The anonymous complaint accused Mr. Conahan of packing the court staff with relatives and political allies, hearing cases involving lawyers with whom he had personal or professional ties and manipulating the assignment of cases to other judges.

Frank Puskas, deputy chief counsel for the conduct board, chastised Ms. Lokuta and her attorney, Ron Santora, for referencing the complaint during a hearing in May and in a court filing last month.

Mr. Puskas included the criticism in a 23-page filing urging a state discipline court to deny Ms. Lokuta a new hearing on the misconduct charges that led to her removal from the bench last December.

Under state law, recently submitted evidence of alleged wrongdoing by several panel witnesses, including Mr. Conahan and his co-defendant, former Judge Mark A. Ciavarella Jr., does not merit a new hearing if it is used only to impeach the credibility of a witness, Mr. Puskas said.

Mr. Conahan and Mr. Ciavarella were indicted Wednesday on 48 counts related to their alleged involvement in a kids-for-cash corruption scheme, including racketeering, bribery, extortion and money laundering.

Last month, Ms. Lokuta submitted statements from four witnesses, including three current or former courthouse employees, by Mr. Conahan and Mr. Ciavarella in an attempt to erode their credibility and that of two other witnesses who testified at her misconduct hearing, former prothonotary Jill A. Moran and former Court Administrator William T. Sharkey Sr.

The statements should have been submitted during Ms. Lokuta's misconduct hearing and the witnesses should have testified about their claims, Mr. Puskas said.

Mr. Puskas said Ms. Lokuta's claims Mr. Conahan retaliated against her for going to federal authorities were contradicted by the timing of the federal corruption investigation. The investigation commenced in the summer of 2006, Mr. Puskas said, more than two years after the Judicial Conduct Board receive a complaint against Ms. Lokuta from her former executive secretary.

Lokuta Not Entitled to New Trial
Posted by NASGA

It's time to come clean and clean up Luzerne Co.

Frank Puskas' intentions here are transparent. Who does he think he's kidding?

Keep coming at them, Lokuta. Don't give up.

Come on -- Conahan controlled the discipline board that debenched Lokuta.

If the discipline board intends to survive the Conahan / Ciavarella scandal, they'd better give Lokuta a new hearing -- and a fair hearing.

And, I hope the good that comes of this is that Lokuta will remember her fight for justice and give those standing before her in future the same accord.

Actually the discipline committee should be investigated -- those who backed Conahan against Lokuta should be replaced.

I hope the truth of this matter comes is allowed to come out very soon.

Anything out of the mouths of Conahan and Ciavarella and their pals are SUSPECT and should be dismissed, thrown out without further discussion.

Of course, they're trying to discredit Lokuta and make her look as bad as possible.

But, it's too late for that. The word is already out and the tide of public opinion is turning in Lokuta's favor!

Well it looks like the Pa Judicial Conduct Board has 'outhouse" dung smeared all over their faces. Then again they must like it cause they did it to themselves. I hope their uncontrollable arrogance sends them to the same fine vacation their buddies are going to. Do they think everyone is deaf, dumb and blind? Or maybe they just don't care; are they 'untouchable'? Guess we'll find out. At least some of Pa.'s dirty laundry is hung out for all to see.