Legal Protections for the Elderly 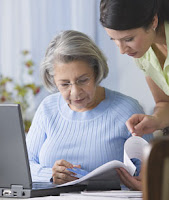 Misappropriation of an elderly person's assets by someone legally authorized to oversee them may now be a lot tougher to pull off in the State of New York. New legislation that went into effect Sept. 1 — in the form of a radically changed power-of-attorney (POA) document — couldn't have come at a better time. "Financial abuse is one of the fastest growing areas of elder abuse," says Andrea Lowenthal, an elder-law and estate-planning attorney in New York. "Older people are a growing segment of society and are among the most vulnerable, often because of their misplaced trust." But if seniors are the prey, then they often choose their predators — people they've empowered to act on their behalf, as agents, in financial matters, though a POA.

To be granted the rights associated with a POA was pretty uncomplicated under the old document. Only one signature was required — that of the principal assigning POA to the agent. In some cases, the agent — usually an offspring — didn't even know he or she had been named in the document until the principal became unable to take care of day-to-day financial affairs. Such secrecy generally led to confusion down the road, with the appointee often woefully ignorant of the principal's state of affairs. In other instances, a health-care aide or housekeeper with ulterior motives might procure a POA and persuade a gullible senior to sign it. The signature of the principal was basically all that mattered then.

"The new power of attorney has teeth," says Ronald Fatoullah, an elder-law and estate-planning attorney in New York.

Full Article and Source:
New Protetions for the Elderly
Posted by NASGA

Isn't this convenient advertising for the 'probate insiders'. Too often it is exactly attorneys including those in NAELA who are the predators. Yet they have demonstrated the advantage of 'the perfect crime', which is court approved theft, embezzlement, which goes right along with abuse and exploitation of the elders. When a family member commits such crimes, it invites the opportunity for attorney strangers, et al to step in and take over. 'Take over' is an understatement; it is 'take everything' including the elder, since the elder is the vehicle to the "takings" of the estate. Rather than identify the family member who is criminally inclined and prosecute them; they fail to even attempt it. It is not profitable; instead they ignore the fact that another family member(s) is taking loving care of the elder; advocating for, and chosen by elder to do so, when the greedy one(s) come in solely to rob. From there, the attys move in to the 'takings' dept.; probate court to such 'insiders' is referred to as the "candy store". But it is great for the "candy store" business to focus attention on families_generalized as the renowned "takers" and while attention is on the 'family'; 'probate insiders' stuff their pockets; deny care to elder; isolate elder and WORSE. In fact the "baby boomers" are expected to bring in trillions nationally for probate insiders across the country. I personally have records, bank records, etc., verifiable evidence of such patterns & practices AND MANY other caring family have the evidence as well _ to no avail.

yup anon I agree this is the sales pitch that gives me night sweats and nightmares wondering how many unsuspecting trusting people end up paranoid, afraid of their own family and buy into this scheme and live to regret it.

When the court accepts lies from the greedy family, without being proven as lies, it is the perfect time for them to take over. They generously pay themselves and their friends. This is from the elder care attorney to the judge to another attorney to the guardian, and so on. THEY are the criminals instead. Without regard for the Ward's wishes they take away all the ward's rights,their legal wishes for their own durable power of attorney made years before and force the Ward into a home. Something really smells here!

Most of the time, guardianship finanically benefits the Guardians and their pals at the expense of the wards and then the wards end up on public aid, Medicaid, paid for by us chumps the taxpayers.

The laws today gives unconditional license to the conservator, guadian, personal representative to abuse, bring intentional emotional, physical, and financial harm to all beneficiaries for life.
It's very cruel and horrendous to live with. This is a suffering that has no words for. Intentional infliction of pain by family. What have we become?
Until the laws change, DA's agree to invetigate. This will continute to be an ugly cruel crime left unchecked. I'm in that club and will be for life, this PR has power to mess with me at will. Nothing I can do to stop it. Unless i had the money to pay an atty. This is not something that comes under pro bono work or even a contigency. I need big money to make it stop. Guess who has my money? The victim has to be able to investigate, bring attorneys in and enforce or litigate these issues. By Law the Victim is the only means of accountability for these professional white collar thieves, if the victim can afford to do so. Great, if not.. Otherwise, the abuse is for life. no power will convince public investigators to even look at it. I ask again, America what have we become?
I think Madoff needs new roommates.

I think there needed to be some reform of PoA laws.

We often say if a person has a PoA, then there's no need for a guardianship and I believe that.

However, who's to say what PoA is valid? Is a PoA that's 10 years old valid and not one that's six months old?

So, I do agree with the premise here - that PoA's have to have real teeth.

Many, if not most, real estate companies won't accept a POA if you need to handle the sale of your parents' home?

They simply say no, they're not accepting the POA, even though it is a legal document.